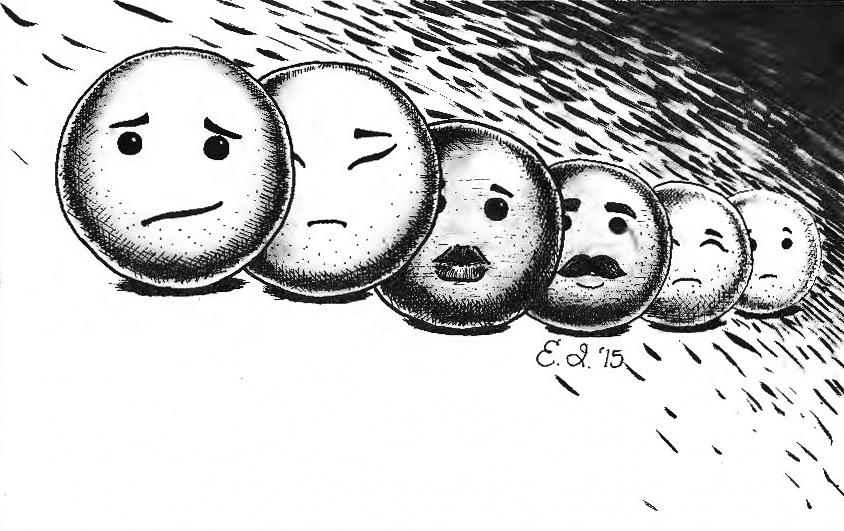 The company softly introduced these drastic changes to give a sense that the lack of diversity in symbols excludes particular ethnical backgrounds — something they’re taking seriously.

Press and hold on to your favorite face expression emoji to access a range of six colored skin tones based on the Fitzpatrick Scale dermatology standard.

Unicode Consortium is the corporation responsible for the design of these emojis. NPR reported that, “People all over the world want to have emoji that reflect more human diversity, especially for skin tone. The Unicode emoji characters for people and body parts are meant to be generic, yet following the precedents set by the original Japanese carrier images, they are often shown with a light skin tone instead of a more generic (inhuman) appearance, such as a yellow/orange color or a silhouette.”

Unicode’s plan stems from complaints by users who believe racial implications are behind the original design. Apple then decided to customize each face expression, giving users the ability to choose from six different skin colors.

Emojis have risen in popularity through their versatile use in social media. This change brings awareness, and moves things into a direction where diversity exists in digital faces — a battle won for users.

An Apple spokesman told CNN, “Apple supports and cares deeply about diversity, and is working with The Unicode Consortium to update the standard so that it better represents diversity for all of us.”

But are users unhappiness towards the move? Is their dissatisfaction getting in the way and causing them to miss the significance of this change in design?

Emojis show symbols are constantly representing feelings or a way to identify a person’s characteristics. The realization comes from, in fact, that with the reliance on these symbols there will continue to be images related to racial diversity that are going to be left out.

There are too many ways to represent a culture, which makes it a delicate situation to tackle for Unicode and Apple — don’t leave it up them to get it right, be specific on what it is you want to see.

Continuing to push cultural awareness on digital language and encouraging users by declaring misrepresentation is Apple’s best move up to date.

These emojis represent symbolism on a grandeur scale.

Racially diverse emojis entitle us and prove that there is change circulating — we live in a time where digital language is what means the most to us. Getting to see your own ethnic background taken notice of is where the public debate has evolved. Users ability to be heard is starting to show its power.

You can’t help, but understand Apple is going through great lengths to connect with minorities — as the battle for equality is ongoing. Apple has also taken a step into introducing new country flags and families of same-sex in beta 3’s update.

Having the option is greater than not being included, like getting picked last in gym because your body doesn’t show athleticism. Emojis are playful. They showcase personality and without Apple realizing the new betas needed a makeover, users could have remained faceless.

The popularization of emojis grows stronger every day. It’s a win for everybody to catch these racial implications early (even though Unicode’s intention came from a generic symbol set).

Dealing with such a sensitive topic as race and culture, Apple has shown its transparency to fixing the problem.