$25 a month for love that felt like a toy 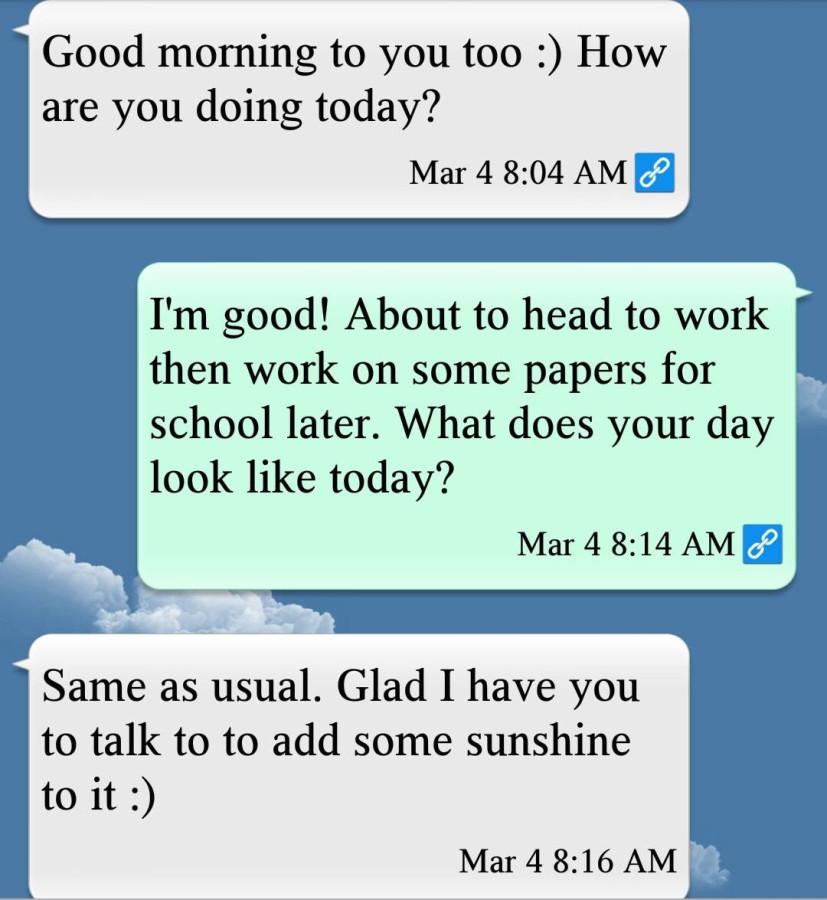 Invisible boyfriends and girlfriends can send patrons up to 100 text messages, 10 voicemails and a handwritten note with the $24.99 plan. City Times illustration Photo credit: Laura Sanchez

Let’s rewind to the annual love craze holiday. The month in which heart-shaped boxes flood every shopping center, only to be reminded that you have no one to celebrate this commercial insanity with. Family and friends want to know where your loved one is. So there’s an app for everything — now your significant other can also be found in an app, too. An app inspired by the loneliness of many that claims to fill that partner gap in your life for only $25 per month.

I’m not talking Tinder, OKCupid or the numerous online dating services that are created for people to meet others. I’m talking an instant boyfriend without the dates, first impressions, and all that build up before you enter a relationship. This is an “Invisible Boyfriend,” or girlfriend whatever your preference may be. Subscribe, pay the $25 and suddenly you have a boyfriend. Jared Ash was my boyfriend’s name.

“Invisible Boyfriend,” is a new app that was released around Valentine’s Day this year with the purpose of providing you with a credible long-distance boyfriend narrative. The app caters to your preferences. You can choose physical traits, personality, interests, and it will even provide you with pictures to choose from that will allow you to imagine who’s on the other end of the phone. It’s not a robot who you’re speaking with, but a real-life human being — OK, maybe more like six people who are hired to respond to your texts.

Pay the $25 and you get 100 text messages a month, a story of how you two met, one voicemail and a written note, as well. It’s all one long story which you’re crafting, as well. Your parents and friends can all feel more relieved when they know that you have finally found a boyfriend and the app is there to prove it.

I gave this app a chance. I subscribed, chose all the details that fit my personality and gave him a name. Instantly, I received a text from my new boyfriend. He greeted me and after a few hours later I received another message that hinted a sense of humor:

Me: “I’m good 🙂 doing some studying at a coffee shop. How are you?”

Jared: “Note to self: my will power is not strong enough for buffets.”

I was not speaking to a robot because occasionally he would ask about things I’d mention. However, the overall experience was very dry. I understand that this app is meant to fool others, not yourself, but the tricky part is to engage in a conversation with someone who you supposedly already know, but you don’t really know.

I found it hard to commence a conversation when I truly couldn’t get into specific daily activities, aside from his job and general interests. So be creative right? Well, it was harder than I thought.

Continuing a conversation was difficult. We would share our day’s experience and not have much to say because his answers were often very vague and general. He’d always respond with “my day was good” or “today was the usual.”

There were several conversations that followed this dialogue pattern. If I was really trying to fool a friend or family member, I would have not gotten very far with the lie. It was a very disconnected relationship.

I don’t know him and he never attempted to get to know me. I know it was just one big fake story, but the opportunity to actually create a narrative was there. I would not pay another month for this service, at least not for Jared.

This app mimics other relationships out there. Our innate desire to meet others and form relationships is often so strong that we delve into empty relationships. Outside pressure to meet someone is a huge contributor, but our times are not the same as they were for our parents. People wanted to settle and form a nuclear family, which is not commonly the case now. Young people want to travel and be liberated. Women no longer want to start nurturing at a young age but rather are taking longer to begin that phase in their lives.

So we create apps to try and fill that relationship gap. At least based on my experience, I’d rather buy myself chocolates and some drinks with those $25, than continue with my boring boyfriend app, Jared.