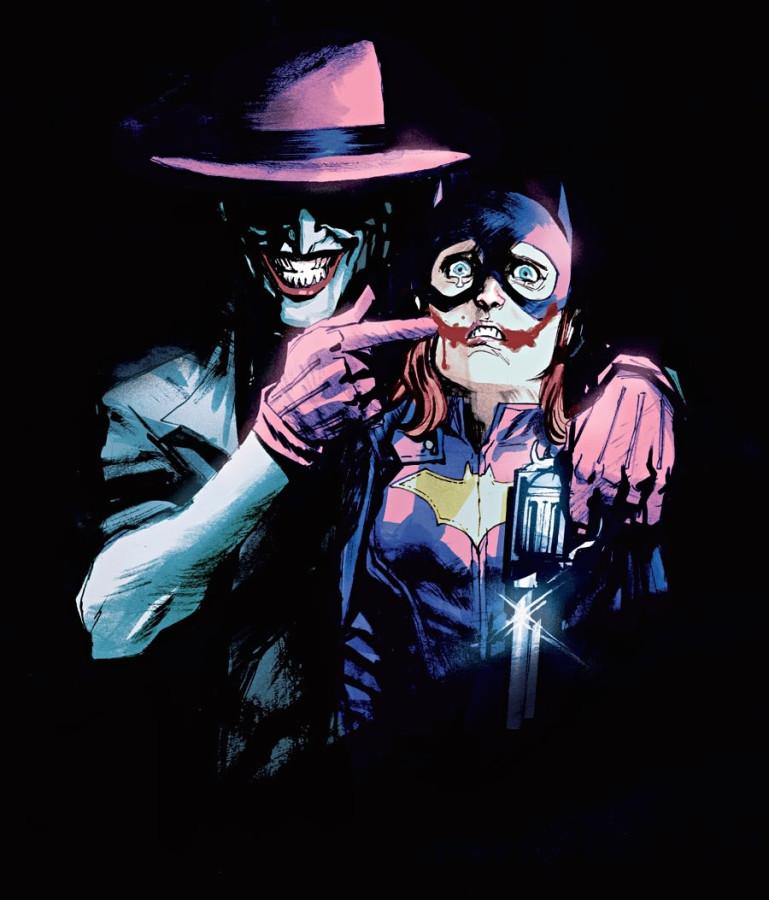 Art is something that is subjective. Not everyone is going to like every piece of literature, music, etc., that is out there. Chances are, if you gave a million people the exact same book, it would be interpreted in a million different ways.

Art in whatever form is a beautiful thing. It can invoke emotions such as sadness, happiness and anger. Just because a few people aren’t a fan of someone’s artwork for whatever reason, that doesn’t mean the artist should take their work down or modify it and censor it in any way, shape or form.

On March 13, comic book artist Rafael Albuquequere tweeted out a link to a variant cover for “Batgirl” #41.

The artwork, inspired by Alan Moore and Brian Bolland’s 1988 iconic graphic novel “The Killing Joke,” shows the Joker’s left arm draped over Batgirl’s shoulder gun in hand while his right arm is pointing at a blood smeared smile painted on Batgirl’s frightened face.

The cover just wasn’t drawn up out of thin air. To really understand the cover, you have to understand the history from which the illustration stems from.

The cover pays homage to one of the most iconic “Batman” graphic novels. In a famous scene from “The Killing Joke,” the Joker terrorizes police commissioner James Gordon by going after his daughter, Barbara, AKA Batgirl. The Joker shows up to the Gordons’ door with his trademark smile and shoots Barbara almost immediately, knocks her father out, ties her up, strips her naked and snaps photos of her. To add insult to injury, the Joker plasters the photos in a sick and twisted tunnel of love ride all while Barbara’s father’s eyes are pried open, forcing him to look at his mutilated daughter.

While this particular scene is up for interpretation, most of the fan base agrees that it is not in the Joker’s character to go as far as raping her. However, there are some fans say otherwise.

Some fans took to their social media network of choice to give some feedback and criticize the cover calling it a “trigger warning.” One person commented that it was a “victim being terrorized by their attacker;” others said it was misogynistic and sexist. Other people such as social commentators and people who haven’t picked up a comic book probably in their life jumped on the bandwagon and called for the cover to be axed.

The whole point of the cover wasn’t to invoke this sense of sexual deviancy. The Joker is this menacing, dark, calculating and intelligent villain whose sole purpose is to a get a rise out of Batman and prove to him that they were both cut from the same dark and twisted cloth. The whole point of humiliating Barbara in the ’88 graphic novel the way that he did was to prove to everyone that all it takes is just one bad day to a common man go completely mad, just like he is. It wasn’t some sick rape fantasy that Joker wanted to broadcast to the world.

Barbara Gordon, on the other hand, became one of the most iconic heroines in comic book history — Oracle. Gordon leaves her Batgirl persona and no longer standing at Robin’s side as Batman’s shadow but becoming Batman’s equal, being his eyes and ears of Gotham City while out on missions. Gordon also becomes one of the founders and leaders of another iconic crime fighting team — the Birds of Prey. She could have been another comic book casualty that fades from existence, but she didn’t. She fought her demons and became an icon.

“You also have to consider that this event in Barbara Gordon’s past helps to show how strong she is in later comics. She was able to move past this traumatic point in her life which reflects her strength of character,” she writes. “The argument that the cover is misogynistic and sexist because Barbara Gordon is being used as a tool robs her of the strong character development that stems from this traumatic event in her history.”

The fact is, just because a minority group of people felt uncomfortable about the cover doesn’t mean that the cover should have changed, variant or not. We live in a free country where we are allowed to express ourselves any way we see fit. Albuquerque was paying homage to one of the greatest graphics novels out there, and he and DC Comics got dragged through the mud because people wanted to read more into it than was actually there and, for the most part, made something out of nothing.

While this change-or-don’t-change-the-cover issue seems relatively small compared to most issues we have today, it does bring up a necessary conversation. Just because something makes some people uncomfortable doesn’t mean that something needs to cease to exist.