My life stuck in maze 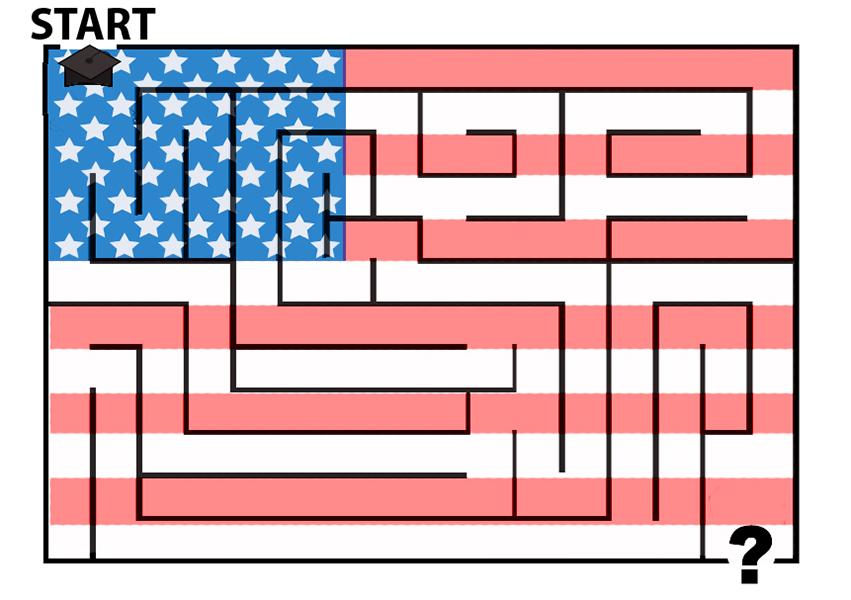 I’m a young immigrant who received a temporary permit to live and work legally in the United States.

I was thrilled to receive that permit, under a federal program known simply as DACA, which I now have renewed for another two years. I’m taking community college classes while planning to get a bachelor’s degree.

So far I’ve been accepted by three universities and I’m awaiting to hear from my dream school, San Diego State University.

It hurts me to realize that I may not be able to pursue any of these opportunities.

I am afraid that my status may change if a Republican candidate who has pledged to get tough on undocumented immigrants wins the presidency.

Even if I’m allowed to stay, I’m afraid of having to drop out because I will not be able to qualify for federal financial aid.

The Board of Governors Waiver helps DACA students like me to pay for community college classes but we don’t qualify for federal student aid. We will have to pay for our housing, books and other necessities on our own.

With my legal status uncertain, having a stable job is out of the question. I feel like a mouse running through a maze — achieving what I was meant to, like staying out of prison, graduating from high school and being a good citizen — with no end in sight.

If a mouse knows there is cheese somewhere in the maze, at least he’s motivated to go after it. But having no cheese or even a finish line makes me wonder if my chasing will ever end.

I stay awake at night wondering if I should follow my dream and attend my top university, or just decline to go, and look for a job, which could also come to an abrupt end.

According to the The UndocuScholars Project, from organized by UCLA in 2015, I’m far from alone in facing this uncertainty,

“Roughly 65,000 undocumented students graduate from U.S. high schools each year, and nearly 250,000 undocumented immigrants are enrolled in college, which accounts for roughly 2% of all college students nationwide.”

That’s 2 percent of students in college whose future most likely hangs on the outcome of November’s presidential election.