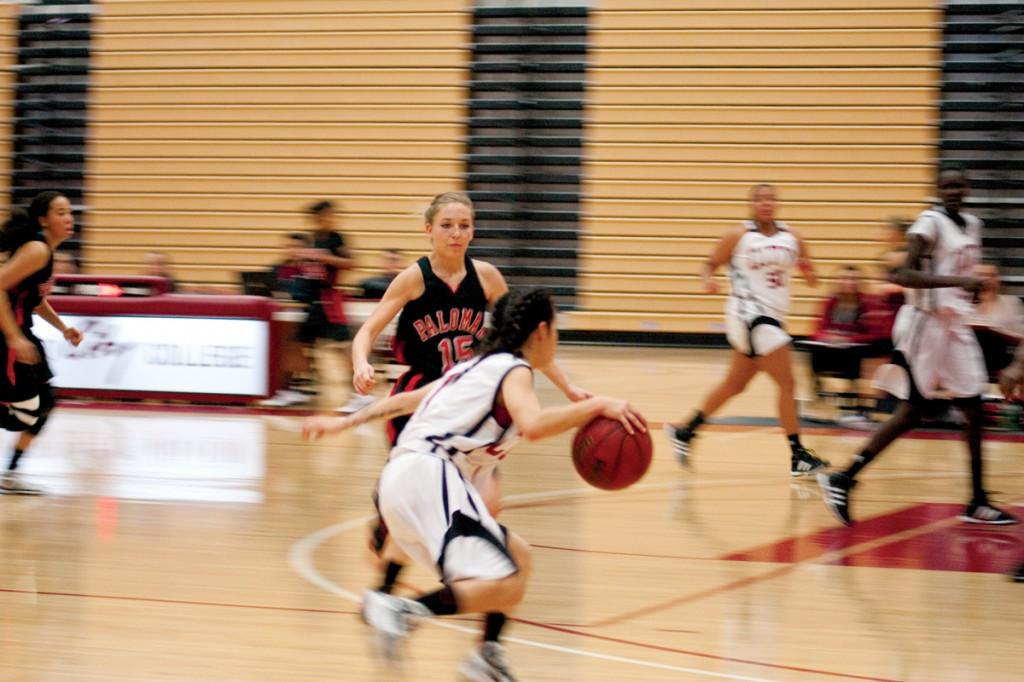 After an exceptionally rocky start to the season, City College’s women’s basketball team sees light at the end of the tunnel.

The Lady Knights were victorious over the Palomar Comets in a 55-54 overtime win on Feb. 1.

This victory marked the first entry into the win column this season, and was achieved in dramatic fashion.

Freshman Ony Akpa sank a game winning free throw with 2.2 seconds left in the game, her only point of the contest.

Though the win improved the team’s record to 1-7 in the Pacific Coast Athletic Conference (1-19 overall), the team remains last in the conference. This does little to hamper the spirits of the resilient players.

“I’m really proud to be a City College Knight right now,” Akpa said after the win. “This win says a lot about our team.”

Her teammate Cat Wright is already looking ahead to more success. “The team we beat today barely beat the team we play next week (Southwestern),” Wright said.

A key contributor to the team’s misfortune has been the fact that they only have six players on the roster, who are all freshman.  Coach Brandon Lupian, this being his first season at the helm, commented on the effect having such a stunted roster has had on the playability of the team.

“Sustainability,” Lupian said after the 44-60 loss to the Mira Costa Spartans on Jan. 25. “It’s been hard to sustain over the course of the game with these other teams that have more players.”

According to Lupian, his team has been out-matched throughout the season primarily due to the lack of an adequate bench, making it very difficult for the team to endure.

The PCAC website states that the rest of the conference averages approximately 13 players per team, more than doubling that of the Lady Knights current roster.

But there is still a glimmer of hope. Freshman Leslie Rogers is second in the conference in scoring averaging 14.6 points per game, while two other players — Victoria Ruth (11.3 ppg) and Priscilla Contreras (10.4 ppg) — are amongst the conference’s top ten as well, according to the California Community College Athletic Association website.

With the remaining games on the schedule being conference games, there is still a chance for the Lady Knights to advance in the PCAC standings.

Update: The Knights lost  to the Southwestern College Jaguars Feb. 3, 70-30.