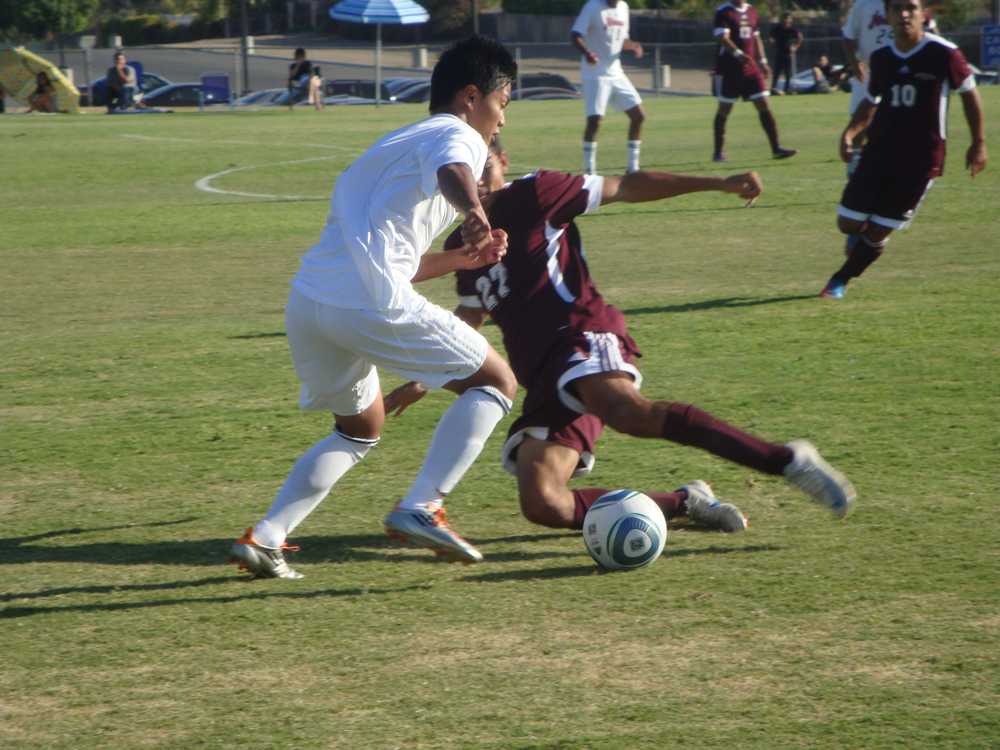 After a sucessful steal the Jaguars went on to score against the Knights. Mariel Mostacero, City Times

“It was a tough game,” said head coach Milton Hidalgo.

The first half of the game was mostly a tug-of-war as the ball moved across the field. Players from both teams narrowly missed the goal several times and by the time the whistle blew signaling the end of the first half, only the Jaguars were able to score a goal.

During the second half many players were shoving one another for control of the ball, and several times the referee had to call fouls due to tension on the field.

“There was a lot of hitting. It was a very physical game today,” said Hidalgo.

Several times the Knights almost made a goal, but missed the net by only inches.

After several goal attempts from both sides, the Jaguars were able to run the ball clear across the field in the middle of the second half and score, giving the Jaguars the final 0-2 lead over the Knights.

The Knights, however, plan to come back later in the season even stronger and ready for the championship.

“Southwestern is always fighting for the championship, so for us, we always know it’s going to be a good game,” said Hidalgo. “When everything is said and done, we’ll be right there, ready for the playoffs and the championship. I think we’re talented enough.”

The Knights will play an away game against Imperial Valley at 3p.m. on Tuesday, Oct. 9. Following that, they will be playing at home on Friday, Oct. 12.