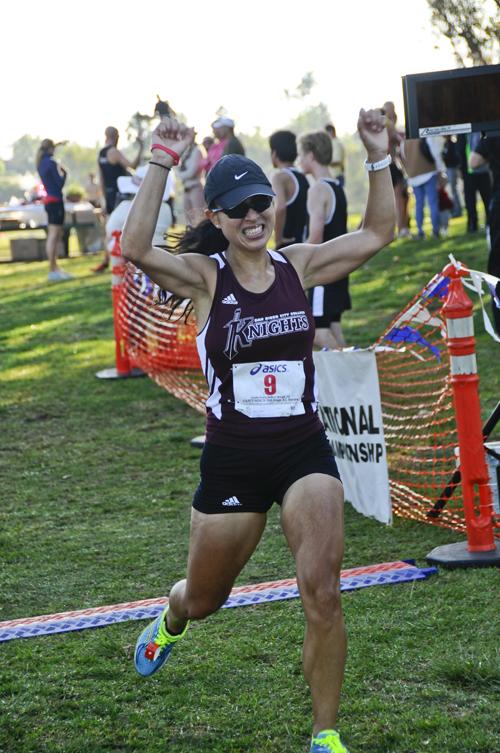 Perfect weather and team spirit combined on Saturday, Oct. 13 at Morley Field when the women’s cross country team got to practice for upcoming conference running.

Both teams ran in the opening race, the Ursula Rains Balboa Boogie 5K, at 8 a.m. with clear blue, cool, sunny skies above.

Women’s coach Kylie Edwards told City Times she was extremely happy with her team’s performance. She said individual successes on her team are due to an overall positive group energy her team brings to workouts and competitions.

Team captain Jennie Linck defined the optimism of the team for City Times.

“Even though I don’t live close to (City College) anymore, I just love being in the school,” Linck said.  “I love the cross country team.”

Teammate Andrea Villalpando, who placed 6th at the San Diego Invitational at Mission Bay Park on Oct. 5, and 1st of her team at the 5K, gave coach Edwards credit for her individual success as a first-year cross country runner.

“She doesn’t have any favorites,” Villalpando said about Edwards.  “She creates this environment where everybody has different levels of running, but none of us are considered either weaker or faster.”

After the race at Morley Field, the women celebrated by eating cupcakes given to them by team supporter Ellen Webster.

The 5K at Morley Field Oct. 13 was sponsored by the San Diego Track Club.  This was an opening run before the U.S.A. Track and Field Masters 5K National Cross Country Championships.