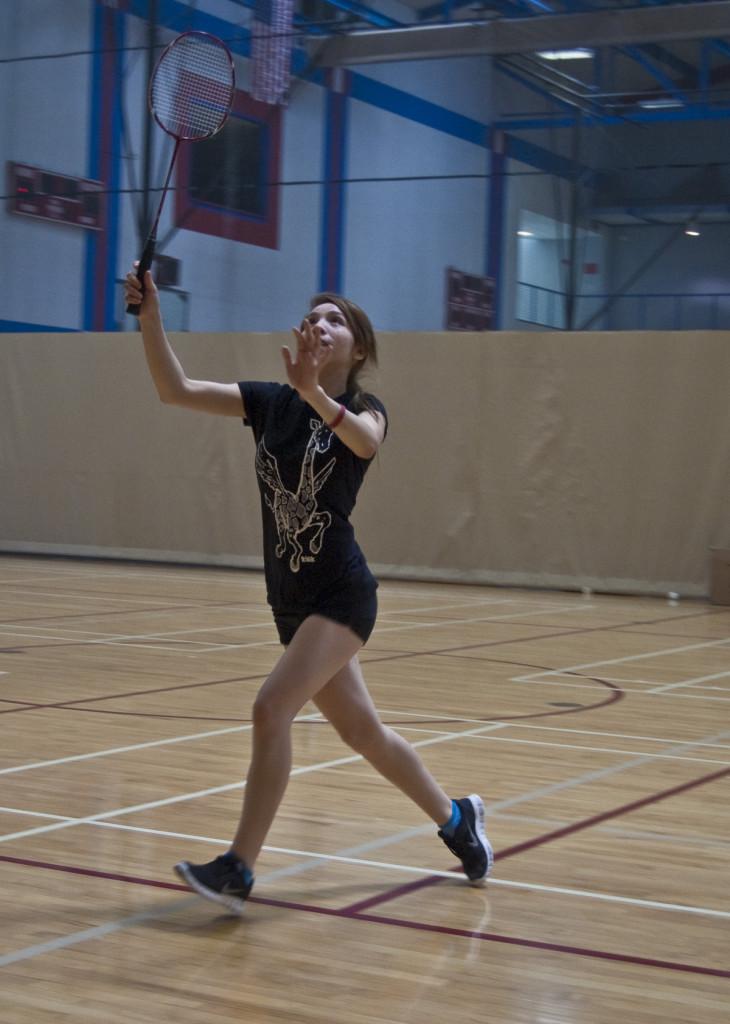 Player from the women's badminton team goes for the birdie during practice April 11 at the Harry West Gym. Audrey Brewer, City Times

In 2012, the teams of LanAnh Nguyen/Tammy Vu San Diego City College and Loise Zosa/Cynthia Wong, SDCC completed their victory in the State Championship over City College of San Francisco while coming up just short of the clean sweep for singles title.

This year, the Lady Knights are off of an amazing start of defending their crown. With an undefeated record of four wins and zero losses, the badminton squad has yet to lose a game during match play. With their next two matches considered home matches, against Grossmont and Irvine Valley, the Lady Knights are primed and ready for a back-to-back championship run for doubles and to make another run for the singles title as well.

“We are doing really well so far … undefeated well,” Head Coach Son Nguyen said. “We hope that we can build on the success from last year and bring home more. Last year we lost the singles title to Pasadena Community College, our biggest rival in the state.”

Badminton is an Olympic sport by the world and is played in the Summer Olympics every four years and these young ladies are proving exactly why for in sports we measure accomplishments and recognition by championships.

“We have a strong group of girls on this team, so strong in fact they have a legitimate chance to compete in the next Olympic games in Badminton,” Nguyen said. “Badminton is a very popular sport to play, not just in competition but even just for fun and exercise. Any level of experience can come out and play and I would hope that this public exposure encourages more people to come out to play, even if it is just for the fun and exercise.”