Second round and down for the Knights 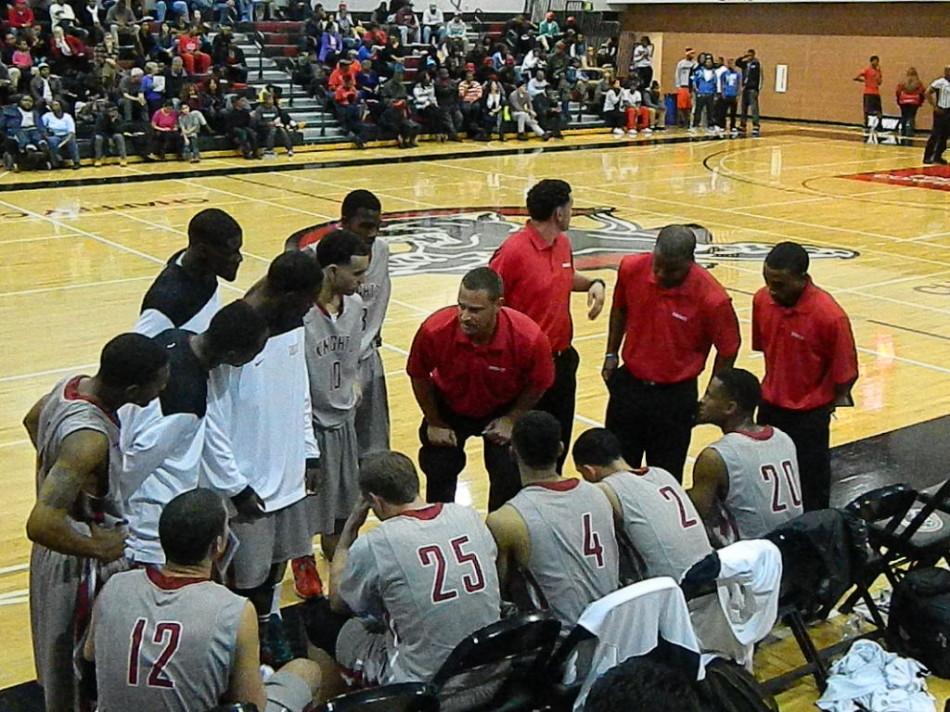 The City College men’s basketball team saw their season come to a close with a tough loss against the 4th ranked Chaffey Panthers on March 1.

In a game where every Knights starter scored in double figures, they were still edged out 80-76 in the second round of the California Community College Athletics Association playoffs.

The game came down to two factors: lopsided officiating put Chaffey on the free throw line 32 times compared to the Knights 18, and the team only shot 56 percent from the line when they got there.

“They were calling ticktack fouls on the perimeter. Our two point guards, Jones and Pooter both foul out,” explained Head Coach Mitch Charlens. “But then…Boom and Ivan are getting hit at the rim and we’re not getting those calls, so there wasn’t a real consistency in the game with the officiating.”

However Charlens added, “With that said, if we simply make a couple more free throws or make one more basket, we win. So the onus falls on us.”

It was a crushing loss, especially because the 13th ranked Knights played who would’ve been their toughest opponent in Chaffey that night. Chaffey went on to easily defeat 12th ranked Pasadena and 8th ranked Cerritos in route to a state finals birth.

“It’s not necessarily the best team, it’s the best team in that moment, and…they were better that night by a basket,” stated Charlens.

It was a shocking way to end a magical season, in which the Knights went 21-9 and 8-0 in conference play, and they hadn’t lost a game since Feb. 5. The locker room scene was difficult for everyone involved.

“I was stumbling for words because I didn’t prepare a losing speech for the guys. I was prepared for us to win,” expressed Charlens.

But moving forward, the team is hoping to return most of their starters, with the exception of Martin “Pooter” Thomas, who was the only sophomore on the entire squad.

Of course there is a chance that some players move on to another school, but as a measure, Chaffey hit the floor March 1 with nine sophomores in a system where players are only eligible for two seasons.