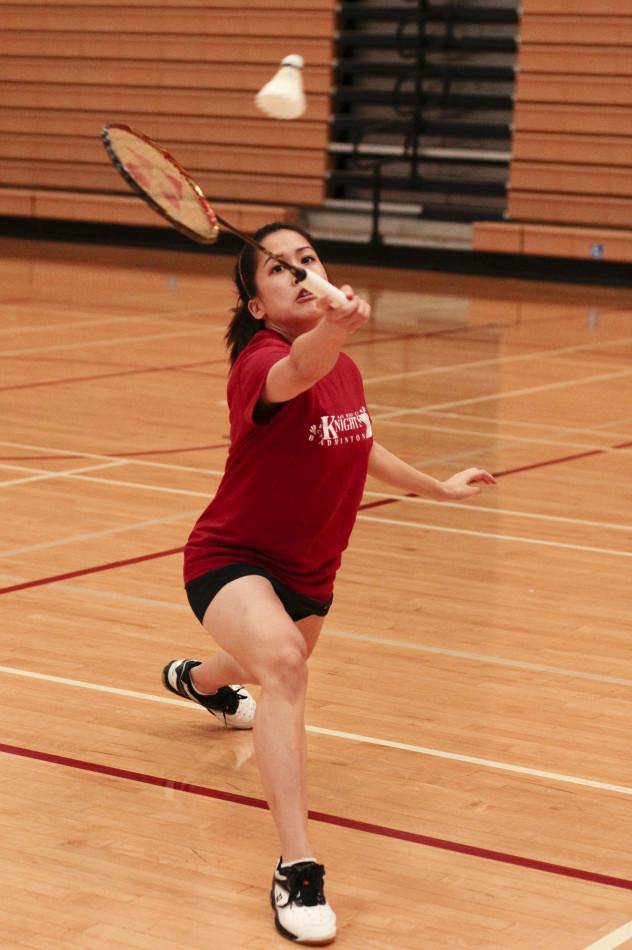 During a current tour of the Harry P. West gym at City College, one may notice an intense network of white lines covering two of the basketball courts. That’s because these days, instead of hoop dreamers, there is another variety of Knights athletes practicing and playing their hearts out: the women’s badminton team.

In his ninth year as head coach, Son Nguyen has his squad poised to make another run at the state title, as they currently sit at 4-0 in conference. Under Nguyen’s tutelage, the Knights have a staggering record of 34-0 in conference.

In fact since 2006, Nguyen’s team only has three total losses, and they have all come off the rackets of current state champions, De Anza College in Cupertino.

“Because we win all the time, we know that there are expectations out there that every time we step on the court, we have to do well,” said Nguyen. “I have to tell the girls that we have to practice hard all the time.”

To get back to being state champs this year, Nguyen believes it’s only De Anza that stands in their way.

“They’re very, very good,” explained Nguyen. “They have very experienced players that have transferred over here from China – the powerhouse of badminton.”

In an unbelievable crossover between national and intercollegiate athletics, De Anza’s star player Sheung Wi “Pinky” Li just competed and won second place in the US National Badminton Competition. The winner of that competition is ranked 20th in the world.

But the Knights have their own fierce competitor in reigning conference most valuable player, Darby Duprat. As is with most of Nguyen’s players, he’s trained Duprat since she attended San Diego Hoover High School.

Duprat is coming off a season where she went undefeated in conference with a 16-0 record in both singles and doubles (with teammate Thao Nguyen). Even with doing so well, she admits she’s still improving.

“I’ve just really increased my stamina and proceeded to last longer in the games,” explained Duprat. “I also feel a little more confident going into games this year where last year I was constantly nervous.”

Duprat and the rest of the Knights have outscored their conference opponents this season 71-10 and have two more conference matches against Irvine Valley and Mesa before going after that fifth state title.

“This is a very hard game. A lot of people see it as a backyard game kind of thing, but when you actually step on the court, it doesn’t matter how strong you are. You have to go in there and have skills and energy,” expressed Nguyen. “I’ve played a lot of sports and this is the sport I think is the hardest.”