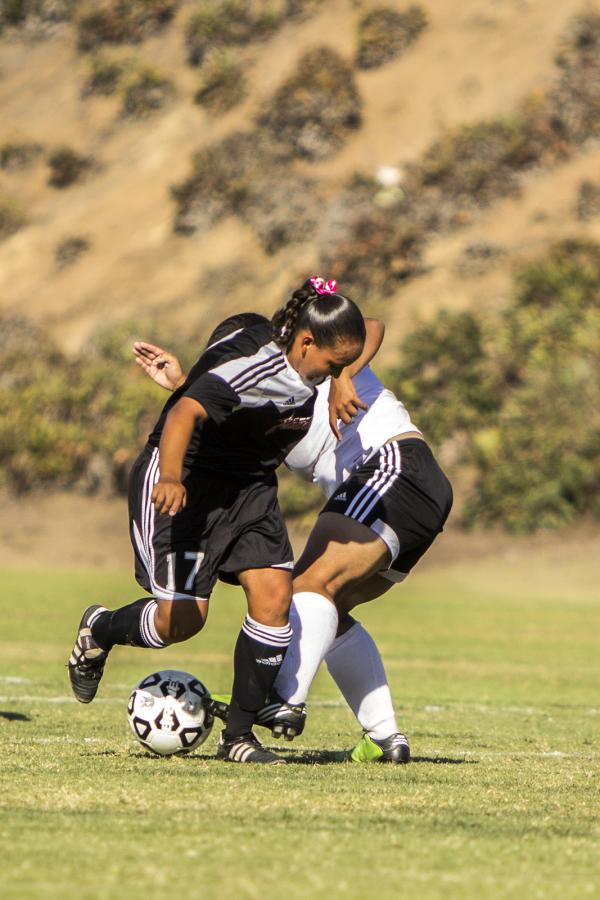 The San Diego City College soccer teams don’t have the undefeated records all teams hope for, but the coaches and players are confident in one another and believe they can finish the remaining games strong.

During practice men’s Head Coach Milton Hildalgo commented on his team: “We had a little slow start to the season, but now that the league started, we are 2-1. And we’ve beaten two undefeated teams in league — so right now we are tied for first. I’m really confident in finishing in the top two-three spots in the league and possibly keep our playoff streak alive.”

The coach also noted that core players are now healthy and ready to go.

If the men’s team finishes with a strong season, they will be the 12th team in the past 13 years to make it to the playoffs.

As the men’s team left the practice field, the women’s team warmed up on the sidelines.

The woman’s team, like many soccer teams, goals scored are a little low but the team looks to bounce back.

Sophomore goalkeeper Charlotte Guerrero, one of the four returning players, gave her hopes on what to expect on what to expect from the team, “I hope that we can continue to progress from what we’ve been doing — we’re on a steady rise upward. It’s about continuing our momentum. I expect the team to go hard, and give a 100 percent effort, connect more with passes and take more shots at the goal.”

During an endurance drill, Head Coach Andi Milburn commented on the season and the focus of the team.

“We’ve had an up and down last couple of weeks — we’ve gotten a win, a tie and a couple of loses. In the last couple of games — we come out and we step up physically and play well, but we can’t seem to finish. So our goal for the latter part of the season is finishing the games — getting the ball in the back of the net.”

Milburn added that there is talent spread out through their league so games are going to be decided on who wants the victory more, but also added that there are players on the team that have the potential of taking it to the professional level.

So with a couple of games down and league beginning a few weeks ago, the teams have a shot to make it to playoffs and finish on top.