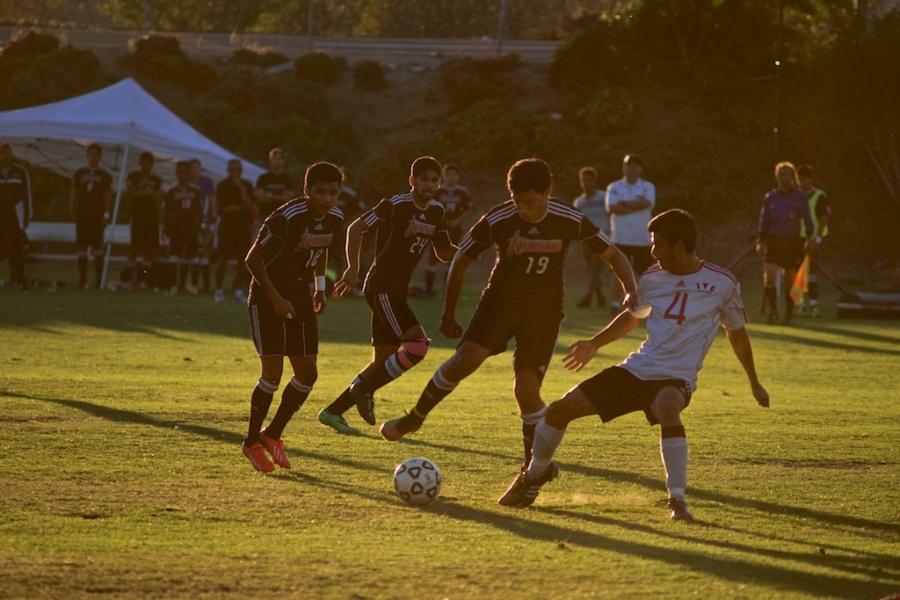 The first half of the game was full of excitement as the Knights charged down the field and into Imperial Valley’s territory, eager to score. They had multiple chances to score; however Imperial Valleys’ goalkeeper Leonardo Simental blocked each shot.

The Knights were not discouraged and still continued to knock at the door during the first half. Imperial Valley had very little chances of scoring as the Knights defenders worked together to keep the ball out of their territory.

Knights sophomore forward Victor Montoya who played on defense said the team did a great job of keeping the ball out, “Defensively we rocked it because they were barely attacking. They had no shots on goal.”

The first half ended with no teams taking any goals, 0-0.

When the second half started, the Knights were recharged and continued to put pressure on Imperial Valley’s defense, leaving their defenders tired and overworked.

The Knights still had no luck of scoring after many failed attempts. Although they had trouble scoring, they didn’t give up and endured a tough battle against their opponent.

With a few minutes left in the second half, the Knights were granted two penalty kicks in the span of 10 minutes that gave them the advantage of winning the game.

Sophomore midfielder Oscar Casillas took the first penalty kick and successfully found the back of the net for the Knights. Minutes later, City College were lucky to receive another penalty kick and sophomore forward Daniel Herrera was able to squeeze the ball past the goalkeeper.

The game ended a few minutes after and with little time to respond, Imperial Valley College lost with a final score of 2-0 that improved the Knights overall record of 7-5-6 and a conference record of 7-1-3.