Season ends for the men's soccer team without a playoff berth 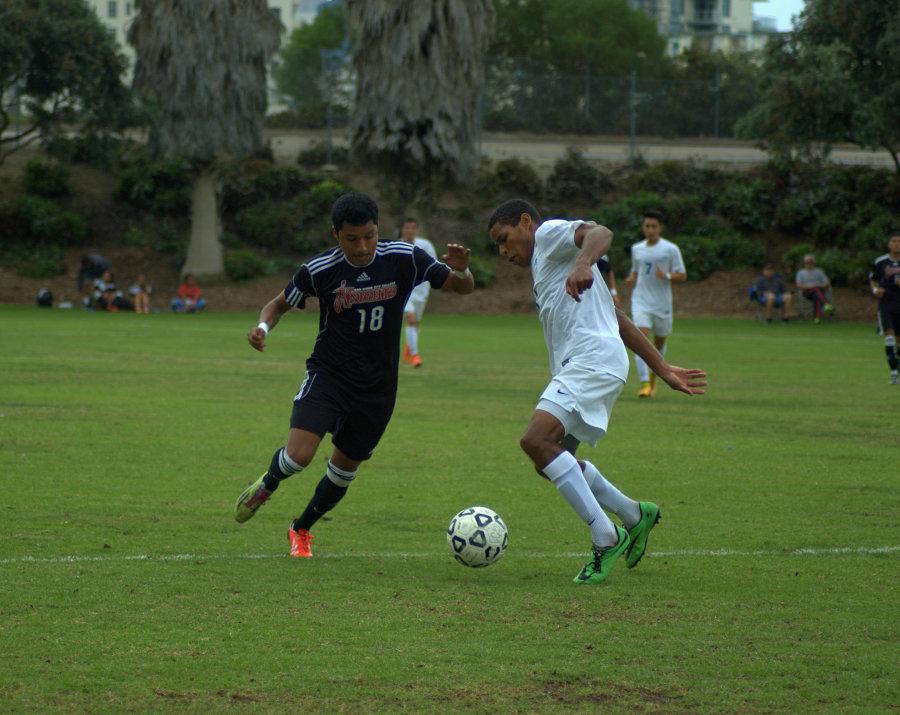 During a battle against the MiraCosta Spartans on Oct. 31, City College freshman midfielder Jose Portilla (#18) attacks the Spartans defense at the SDCC Soccer Field where both teams tied 0-0. Photo credit: David Pradel

It’s very rare for a team to be crowned champions and not advance to the playoff stage but for the San Diego City College men’s soccer team, their season ended just like that.

After tying with Southwestern College in the Pacific Coast Athletic Conference with 25 points each for first place, it was believed the Knights would continue their season, but on Nov. 18 at the postseason conference the team found out that their season had ended.

Since the team tied with Southwestern College, the Jaguars moved on and won the tiebreaker since they beat the Knights earlier in the season.

Head Coach Milton Hidalgo expressed that it’s not a bad thing ending the season as co-champions, but it was a little disappointing for him and the rest of the team not to advance because in previous years more than one team from the PCAC were able to continue their season.

Hidalgo added that he wonders what would’ve happened if the team went on because in the playoffs anything can happen.

It was a rough beginning for the Knights at the start of the season. The team lost their first six games but picked up halfway and went on an 11-game unbeaten streak to finish the season.

Although the team may be a little disappointed that they couldn’t continue their season, the players collectively are proud of their teammates and grateful for the experience and memories.