Eyes on the Pacific 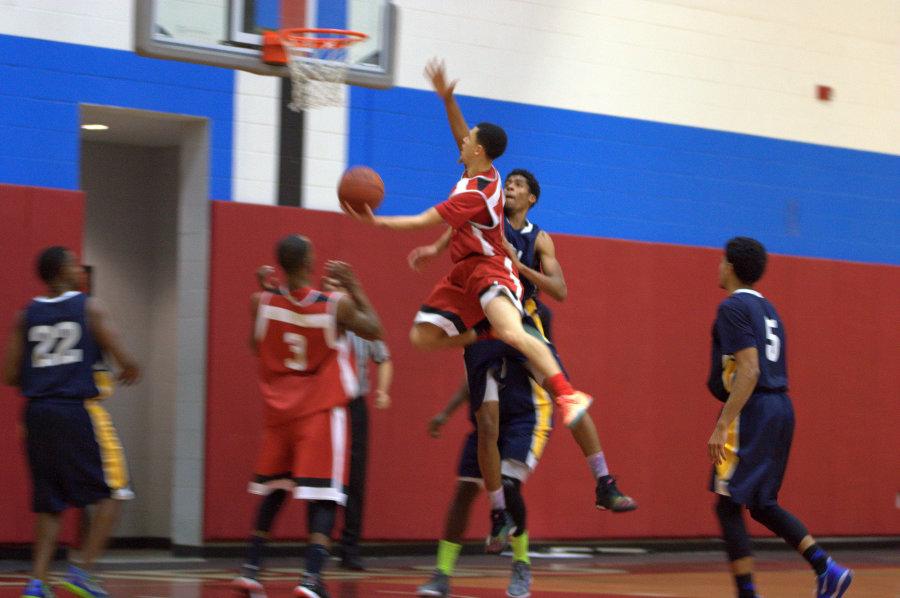 Sophomore point guard Christian Jones attacks the basket with a lay-up attempt against Mesa College on Jan. 14 in the Harry West Gym where the Knights won, 83-73. Photo credit: David Pradel

After a tough loss against Southwestern College on Jan. 21 for first place in the Pacific Coast-South Athletic Conference, the San Diego City College men’s basketball team isn’t looking to settle for second place in the conference as the season comes to an end.

The Knights were tied with Southwestern College for first place, both teams having a record of 3-0. However, that changed when the Jaguars took the crown for the number one spot with a 65-60 win.

In their last game of the season, they will face Southwestern College one last time on Feb. 20 and won’t comply to take another loss.

Sophomore guard Caleb Singleton explained the loss was tough for the team. “It was a pretty tough game. We definitely had a little bit of a letdown. We should have won that game.”

Singleton went into further detail about the mistakes the Knights made during that game. “We got beat by rebounds in general. We missed a lot of free throws.”

The Knights went 11 for 20 from the free throw line and committed 16 turnovers in the loss at home against the Jaguars.

But the defeat didn’t harm the Knights as they were able to bounce back and win against MiraCosta College, 60-52 on Jan. 23.

Sophomore forward Stacey Lambert said the Knights didn’t play together well during the first half. However, they picked up the pace and agility, which allowed them to win the game and defeat MiraCosta College.

“In the beginning we weren’t doing what we’re supposed to do, that was basically playing as a team … and basically defense,” said Lambert.

He continued to say, “Towards the end, we picked up the momentum and closed the rundown against them like the best players.”

Although the team won against MiraCosta, Singleton said they weren’t satisfied overall in their performances.

The Knights are currently ranked No. 14 in the state with an overall record of 15-8 and a conference record of 3-1.

The next home game for the men’s team is against Cuyamaca College on Feb. 6 at 5 p.m.