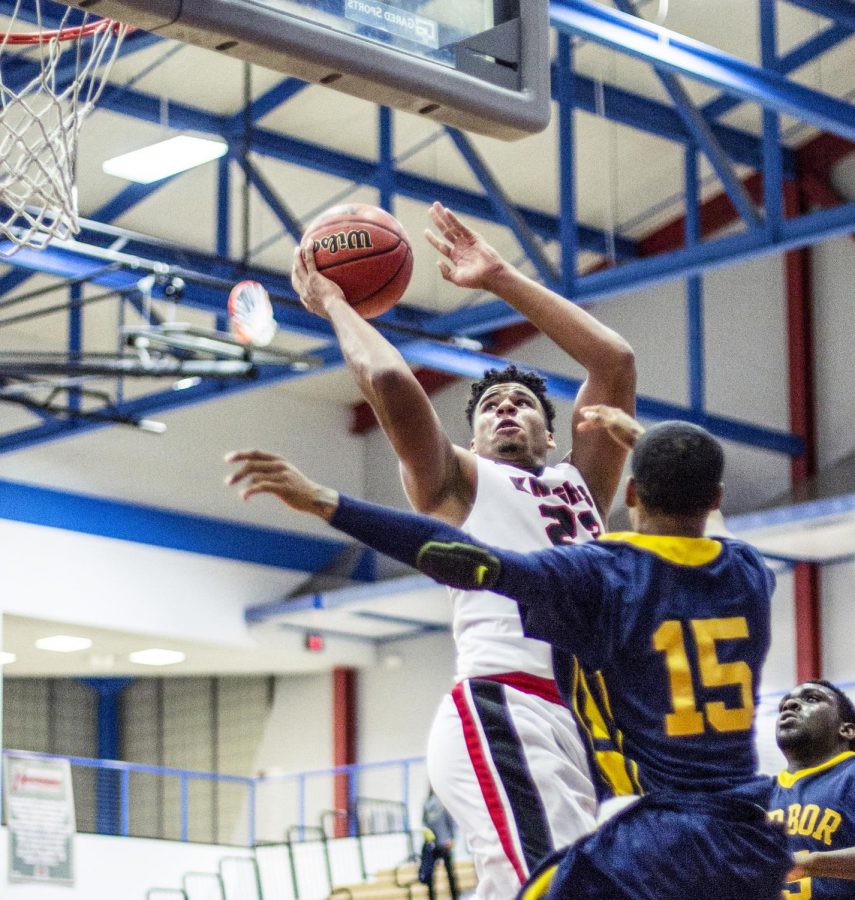 It was a profound offensive performance by the Knights, considering the team almost scored 100 points in their first two games, while also introducing 10 new players for City College since winning the State Championship last season.

“We’re not a finished product. We gotta try to get better everyday,” Coach Mitch Charlens said after the first game. Early in the second half, Coach Charlens called a timeout after the Seahawks scored quickly on a fast-break and told his team they can’t get too comfortable with a lead. “We were up by 20 and guys started playing loose, so I reminded them that the game changes quickly,” Charlens said.

In the second half of all three games, the Knights never let their opponents grab the lead. During the game against Mt. San Jacinto, City College didn’t give up the lead for the entire match. The Knights also had five players in that game, one coming off the bench, with double-digit figures in points.

Sophomore guard Robert McCoy, a member of last year’s championship team, recorded a double-double in the first two games of the tournament. Against the Seahawks, McCoy scored 19 points and grabbed 10 rebounds. The following night versus the Eagles he scored 17 points and had 11 rebounds.

Another returning team member who had impacting performances was sophomore point guard Wonder Smith, who put up 18 points against the Eagles and then scored 23 points, a third of the team’s points, in the next game against the Hornets.

McCoy and sophomore guard Robert Taylor led their team in scoring for the entire Tournament, with 50 and 49 total points respectively. The last of the returning players is sophomore guard, Darius Lee.

“Our four returners all improved,” assistant coach Phillip Scott said. He said, “Their leadership is what improved the most. Having four sophomores return to lead 10 new guys is always a blessing.”

The Knights’ next home game won’t be until Jan. 12 when they face off against the Cuyamaca Coyotes. From November to Jan. 6 the City College Knights will be competing in tournaments across California.