Batter’s Up, Astros and Knights Ready for the Slugger 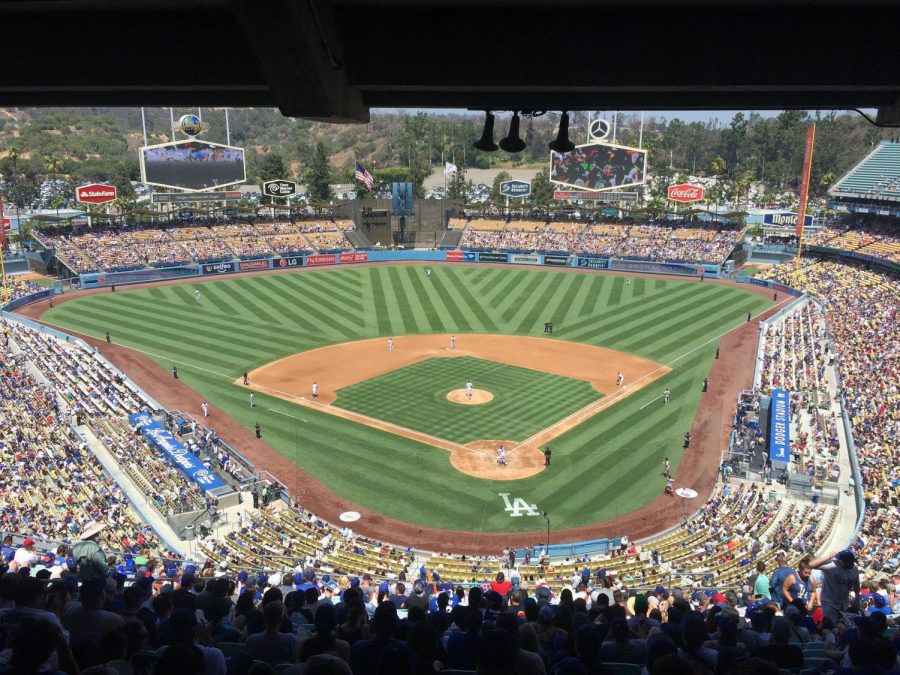 Dodgers fans filling up the Dodger Stadium before the start of a day game, Los Angeles, Aug. 2017.

What a wild ride it has been for baseball lovers in the southwest United States! The Houston Astros crowned themselves as World Series champions on Wednesday Nov. 1, the first time in their 56-year history that they were able to win and wear that title proudly.

Houston had an all star offensive line that created the pathway for their success. George Springer homered in four consecutive games with five home runs; he is tied with Reggie Jackson and Chase Utley for most homeruns in a World Series.

The Astros spent no time securing their title. By the first inning they had two runs on the field. George Springer had a two base hit, and Alex Bregman was up to bat. He hit a grounder to first base that seemed like an out, but a throwing mistake from Dodger Cody Bellinger allowed Springer to score all the way from second base. In addition, Bregman made it to second base.

The second run in the inning came from Bregman who made it to home plate with Jose Altuve’s groundout.

Houston continued to add pressure in the top of the second inning. Lance McCullers Jr. hit a groundout that put Brian McCann on the scoreboard, and Marwin Gonzalez on third base. Up to bat next George Springer who homered a line drive to center field scoring two more runs.

With Major League Baseball closing off the season, college baseball is right around the corner. The San Diego City College Knights baseball team will be preparing for the upcoming spring 2018 season, which in January and goes through April.

Last year the Knights completed the season with a 19-17 overall record and a 13-17 record in the Pacific Conference Athletic Game play.

Matt Bagdasar, sophomore outfielder said “the coaches come here everyday and teach new knowledge. They know how to have a fun atmosphere, and when it’s time for game time they know to get serious.”

The Knights baseball program focuses on the fundamentals of being a student athlete. A few of the requirements to be on the team are strength and conditioning, baseball skills, volunteer work and academic advising, with things to improve on “timely hitting and communication. Once we get that done I think we’ll be a solid ball club” said sophomore Blake Newman, third baseman for the Knights.