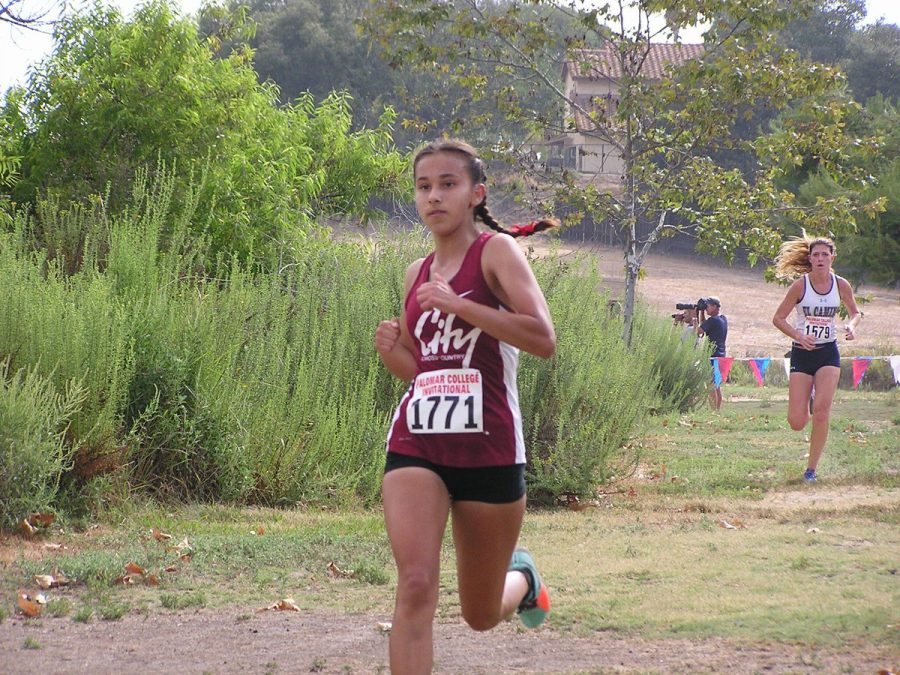 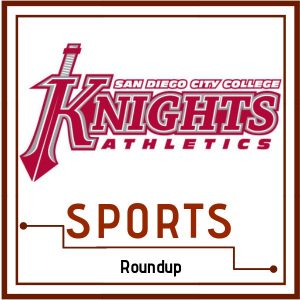 The Knights ran at the Palomar Invitational in Oceanside, coming in fifth place, on Sept. 7.

“We have used this particular meet to help gauge the strength of our program over the past several seasons,” head coach Marco Anzures said in a statement, “and we demonstrated today that we can accomplish some great things this year.”

The Knights’ next meet is the SoCal Preview at Don Knabe Community Park in Cerritos on Sept. 14.
Women’s volleyball
The women’s volleyball team snapped its six-game winning streak after a loss to Golden West on Sept. 5.

Alina Fletes is leading the state with 122 digs as of Sept. 11. Fletes is a 5-5 freshman who has been known for her defensive skills since high school, where she was varsity captain of her team at Helix High in La Mesa.

Isabelle LaRoe and Kareemah Hopkins were also standouts in Golden West match. LaRoe had 15 kills and 19 digs and Hopkins had 45 assists.

The Knights will be home at Harry West Gym against Rio Hondo College on Sept. 12 at 5 p.m.
Men’s soccer
After winning its first two games, the Knights’ men’s soccer team lost 1-0 at Rio Hondo on Sept. 4.