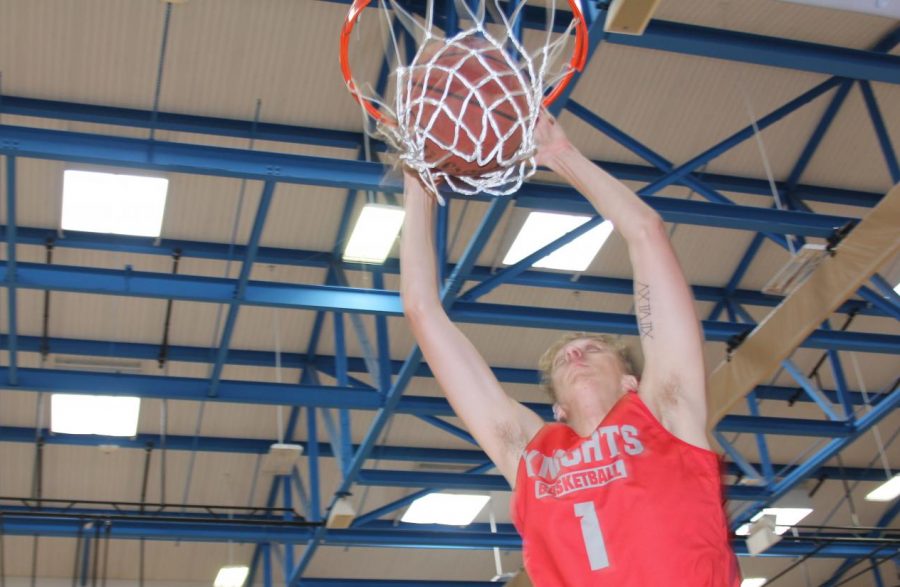 Finishing as state runners-up with a 33-3 record would be considered a successful season by most standards.

But for San Diego City College men’s basketball team, there is still a lingering feeling of maybe having been able to do more.

That is the fire that motivates the Knights this season after having won the state championship in 2017 and missing out on a successful title defense last season.

“It’s still a dream season, but somehow we feel like we failed – because we didn’t win it again,” head coach Mitch Charlens said.

There will be plenty of challenges for the team in the upcoming season. Biggest of all will be having a young roster.

Between the four returning players, there was a combined two starts in the 36 games last season. Together, they averaged a combined 34.4 minutes per game.

Riley, who accounted for one of the two starts, was the one with the most playing time, averaging just over 14 minutes and 7.6 points per game.

“Last year it took us awhile to buy into the culture of the program,” said Drake, a returning guard. “But this year, from the beginning, we told the players what it was gonna be like and they’re buying into it.”

The transition for the newer players from high school to college basketball will be a learning curve that Charlens and the Knights will need to address as quickly as possible.

Life lessons off the court are other unifying concepts from Charlens that resonate with the players. He focuses on more than hoops.

“We spend so little time on strategy,” Charlens said. “Every single day (we) discuss … how guys need to treat each other and sacrifice. That spills off the court, and these guys become family. That’s how we win.”

The team will open its season against Barstow on Nov. 2 at 3 p.m. during the Knights Invitational at Harry West Gym.

The tournament continues on Saturday with City College playing either Citrus or Orange Coast College.

To view the complete bracket, as well as the schedule for the 2018-19 season, visit https://bit.ly/mbbsked.