The Knights earned the 18th seed in the postseason tournament. 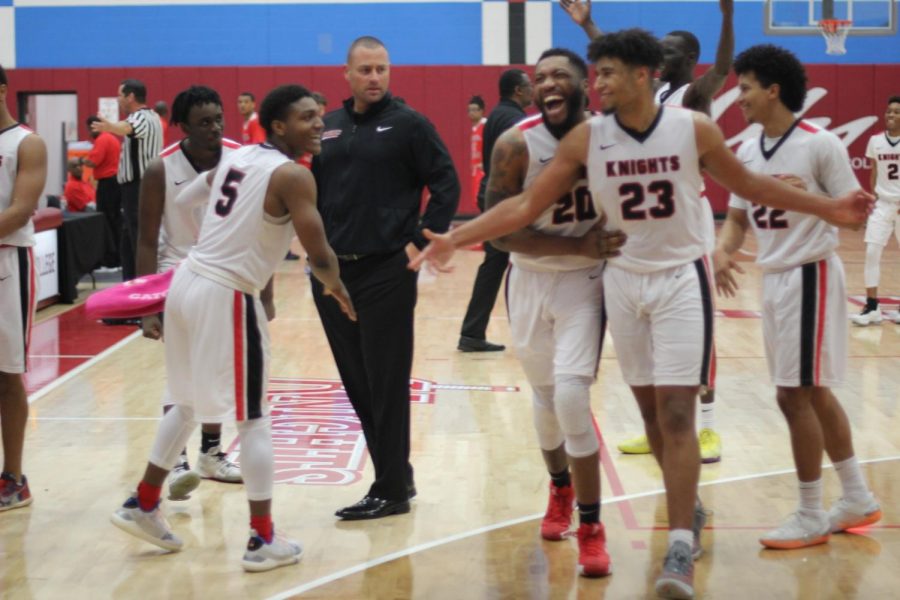 The Knights are heading to the playoffs after beating Imperial Valley College 112-84 last Friday night. By Brian Mohler/City Times

The San Diego City College men’s basketball team is going to the postseason for the sixth straight year.

The Knights (16-12) will play at Santa Monica College (17-11) on Wednesday at 7 p.m. in the first round of the CCCAA Southern California Regionals.

“We’re taking it one game at a time,” said freshmen forward Robby Robinson during a press conference following a 75-49 victory over Grossmont College on Feb. 8. “That is what it comes down to, trusting each other.”

Expectations might be high after the Knights won the state championship in 2016-17 and returned to the final in 2017-18, but players said that won’t weigh the team down.

“We know we are the underdogs,” said point guard NaShom Carter during the Feb. 8 press conference. “But we have to come out and stay hungry.”

The winner of Wednesday night’s game will face No. 2-seeded East Los Angeles (24-4) on Saturday.