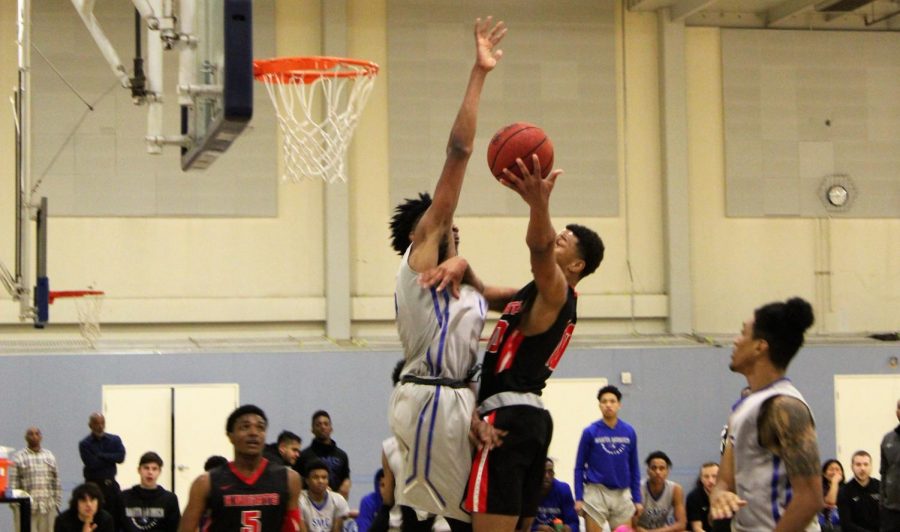 The game was the opener for both teams in the California Community College Athletic Association regional playoff.

Playing on their home floor, the Corsairs went ahead on a free throw with 0.1 second left to play after they were fouled making the equalizing basket.

A missed free throw by Robby Robinson, with the Knights up by two with about five seconds left on the clock, sank the team’s chances.

“It was a hard loss for us,” said Knights sophomore Chubath Tut after the game, “especially because of how hard we fought in the beginning. I’m still processing it right now.”

“I’ve learned after all these years to never think it’s over,” he continued. “Two years ago we won it all with four seconds left,” referring to the Knights’ 2017 state championship victory.

“Our whole year’s been like this,” he said. “It’s one of those crazy years.”

ICYMI: The City Times broadcast of the game live from Santa Monica is archived on Facebook Live. To watch, click here.

The Knights made the postseason for the sixth consecutive time in what Charlens called a rebuilding year.

The team finished in second place in the Pacific Coast Athletic Conference, earning a playoff spot after defeating Imperial Valley College, 112-84, on Feb. 22 to close out the regular season.

Santa Monica will face No. 2 seeded East Los Angeles College in the second round on Saturday.