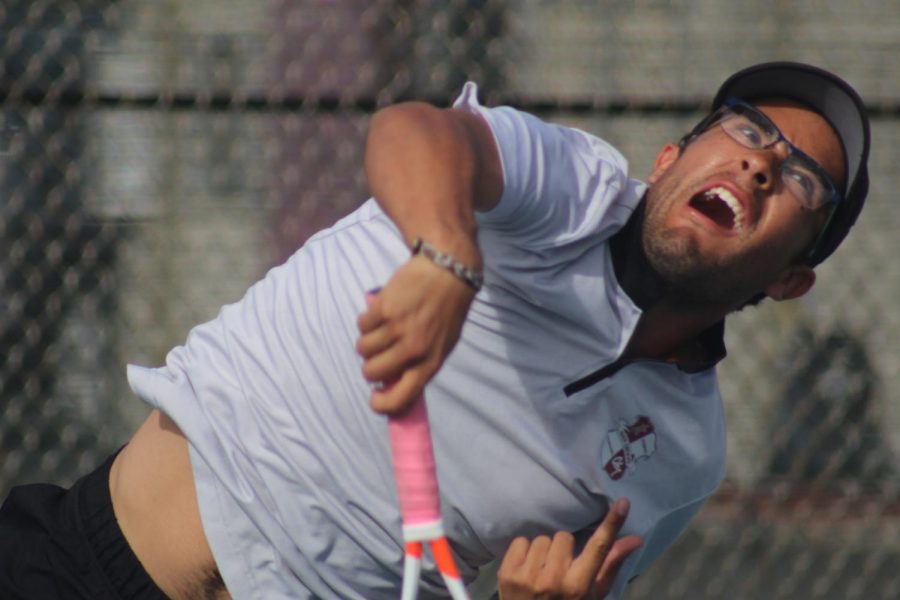 Despite the strong start to the season, head coach Brandon Lupian doesn’t believe the team is playing to their full potential yet.

“I thought our record would be better than what it is,” said Lupian, who’s confidence in the team raises his expectations..“These guys know what they’re doing. The results speak for themselves.”

The Knights (8-2) have been on a tear after losing their first two matches this season. Lupian believes the success of the team is partly because of the high level of play and leadership from returners like Manuel Cardona, the team’s top-ranked player.

Lupian believes that consistency from this season’s sophomores has made the difference.

“You gotta have those veterans that pull the freshmen aside and lead by example,” Lupian said. “(The veterans) gone above and beyond my expectations.”

Cardona said the most important aspect of his role as a leader has been pushing his teammates to get better.

Freshman Colin Palmer agrees. He also believes that the closeness of teammates has also been important.

“We’re really good friends,” Palmer said, “and we help each other compete better in our matchups.”

The Knights’ roster is full of talented players. The team beat Glendale, 6-3, despite Cardona losing both of his singles matches and his doubles match with Palmer.

The Knights entered the doubles matches with a commanding 4-2 lead after Jose Ramirez Chao won the final singles matchup of the day.