Both men and women's tennis teams’ matches have playoff implications. 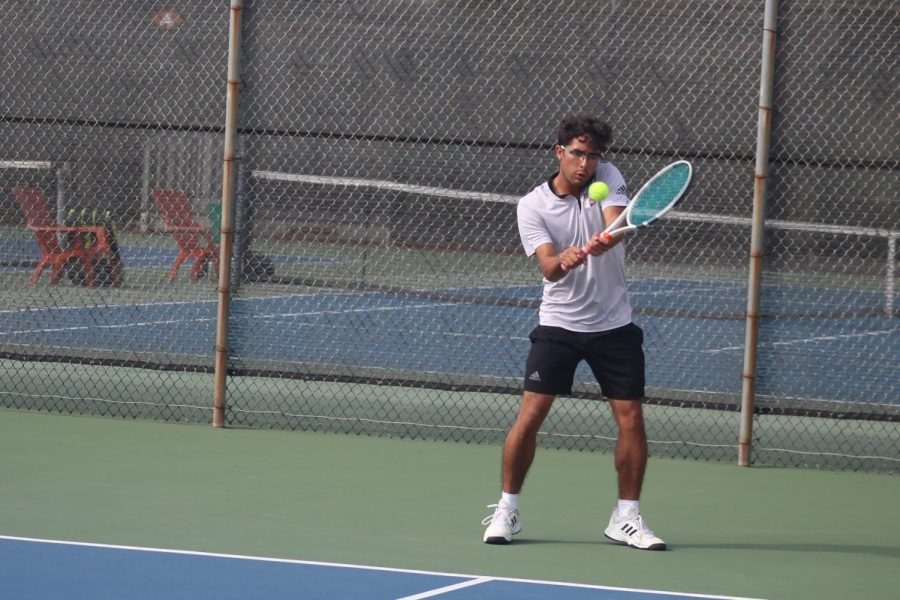 The men play at home and will look to tie the season series against the Roadrunners. The teams previously played Feb. 12 in Palm Desert, a game that Desert won, 8-1.

Head coach Brandon Lupian has faith in the ability of his team to win the rematch and take control of the Pacific Coast Athletic Conference heading into playoffs.

“I’m really expecting our level of play to to be different than the the first time we played them,” Lupian said. “I expect theirs to be as well.”

The Roadrunners (6-0) remain solely in first place, while the Knights (5-1) are in second.

“We definitely understand it’s a big game and we definitely want to take it seriously,” said City College’s Rafael Maniego. “It’s not gonna be easy. It’s gonna take our best. … Every day we put into practice, this (game against Desert) is what we’ve been working for.”

Montego was voted one of four PCAC players of the month for February.

“It’s pretty cool,” he said about the award. “I’m just playing tennis, doing the team thing, and then all of the sudden — personal accolades. It’s a good feeling.”

The team’s winning streak ended at 11 consecutive victories after the Knights lost to San Diego Christian on Tuesday. Lupian was not alarmed by City College’s performance in the match, noting that its opponent was a university that is able to offer scholarships to players.

The third-place Knights (5-2) will try to jump ahead of the second-place Roadrunners (3-1). The squads last met Feb. 12. The Knights lost by one match in a 5-4 affair.

Freshman Eliza Wearren is confident heading into the rematch today.

“(It’s) gonna be a tough one,” said Wearren on Wednesday. “I’ll most likely pull through.”

Wearren took time to compliment her most probable opponent, Desert’s Claudia Stepien, who she acknowledged is more experienced than herself.

This is the beginning of a challenging playoff push for the Knights, who are next scheduled to play fourth-place Southwestern College (4-2), on March 19 on the road, followed by a match at home against first-place Grossmont College (4-0) on March 21.

The Knights were in the midst of a four-game losing streak the last time the teams met. They are currently on a four-game winning streak.