Knights move on to second round after close win over Glendale Community College. 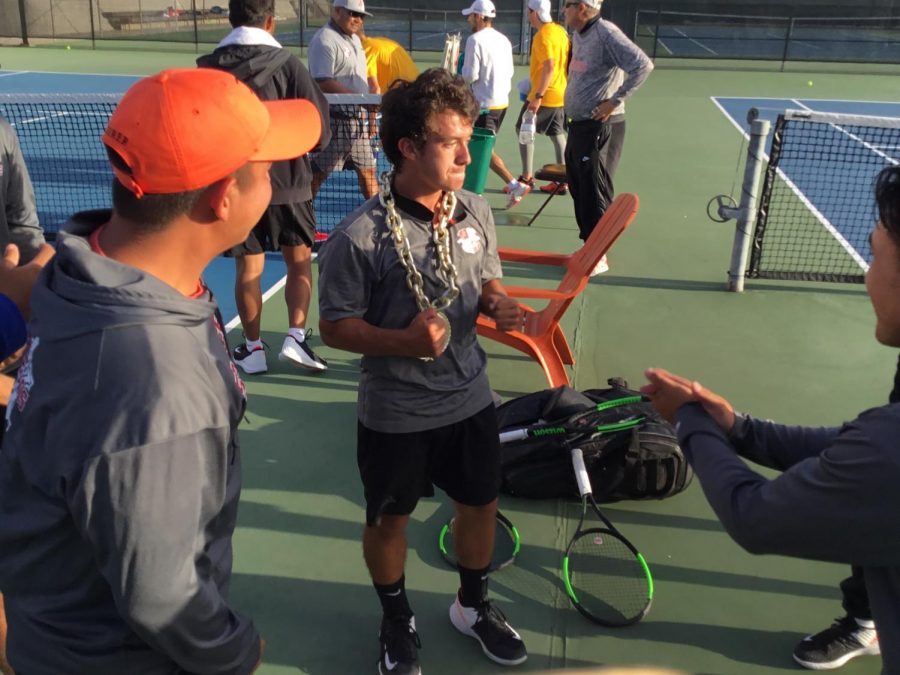 The San Diego City College men’s tennis team will advance to the second round of the playoffs after defeating Glendale Community College, 5-4, at home Tuesday.

The teams were tied 4-4 with one match left to complete when Knights’ Colin Palmer secured the victory after beating Glendale’s Nicholas Pupiec.

It was the second time the Knights (16-6) and Vaqueros (14-5) played this season. The March 1 contest resulted in a 6-3 City College victory.

Aside from being his first playoff win as a head coach, the Knights’ Brandon Lupian noted the importance behind the match.

“This is the first time that a San Diego team has hosted a playoff match in a long time,” he said.

The last San Diego school to do so was San Diego Mesa in 2015.

This is City College’s third consecutive playoff appearance under Lupian. The Knights lost on the road in the first round in both of the previous campaigns.

Palmer lost the first set against Pupiec before recovering to win the second, and dominating the third.

“(Pupiec) changed his style from the last time I played him,” Palmer said. “I had to make a bunch of adjustments.”

Lupian said he advised Palmer to take fewer big shots and focus on high-percentage areas of the court when speaking to him before the second set.

Palmer did not let the pressure of the big moment get to him.

After their first meeting, Lupian was not surprised to see Glendale again.

“I saw the writing on the wall. I knew we were going to play them. I knew they were gonna be better at the end of the year than in the beginning,” said the coach.

In the first meeting between the teams, emotions ran high resulting in brief verbal disputes but not escalating further than that. By the end of the match members of both squads were respectful and wished each other well the rest of the postseason.

“Hats off to Glendale … It’s unfortunate there has to be a loser because it went down to the wire at the end,” Lupian said.

He added: “In the end the better team won, the higher character team, the team that values work.”

The Knights will next face no. 1 seeded Cerritos College in Norwalk on April 16.