An injury to the team captain forces lineup changes for the Knights. 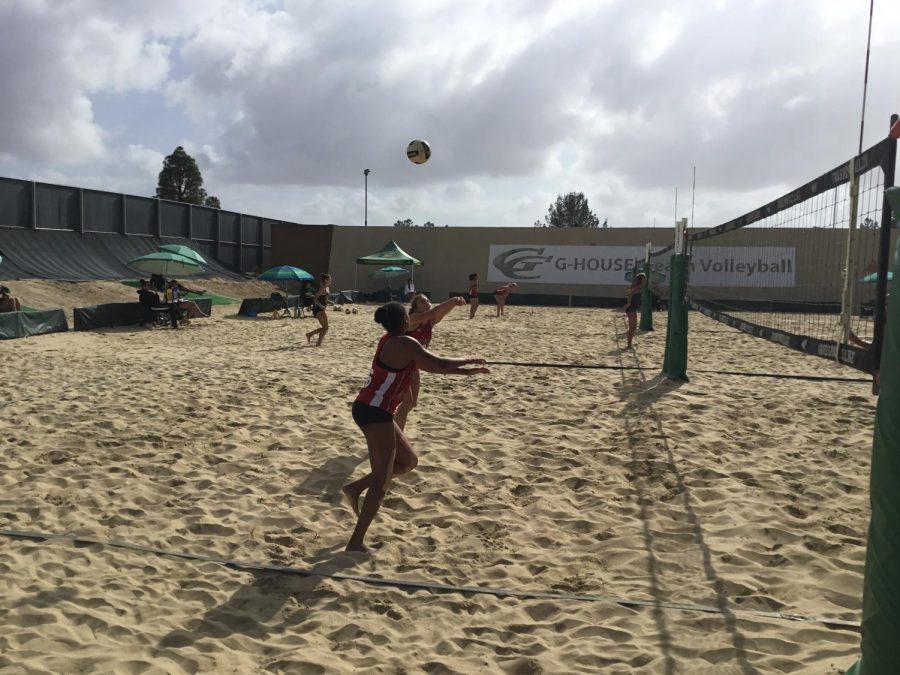 The San Diego City College beach volleyball team played a double header on Friday when it took on both Grossmont College and Palomar College at Grossmont.

The Knights (10-9) split their matches. They suffered a 5-0 loss against the conference-leading Griffins (17-2) in the day’s first contest.

City College followed up the defeat with a 3-2 victory over the last-place Comets (2-11).

The Knights had to readjust the teams that took the court due to an injury to team captain Alina Fletes.

“Having to shift players at the last minute …  hurt us a bit,” Fletes said after the Knights match against Palomar ended. “Considering what happened I think they did pretty good.”

Fletes was most impressed with her squad’s ability to adapt in its win against the Comets.

“I think they did well sticking to what they know how to play,” she explained. “Even if they weren’t playing with who they always play with, they were able to bond as new teams.”

Added coach Dede Bodnar: “You don’t usually switch your starting lineup the second week before the season is over. These are teams that have been playing together all year and now they’re playing separate … and we still won one match.”

Bodnar also noted that the two teams who lost their matches against Palomar were players who normally play together.

Fletes hopes to be healthy in time for the regular season finale next Friday.

The Knights are too far behind in the Pacific Coast Athletic Conference standings to secure a team playoff spot, but will still compete in the individual playoffs after their campaign ends.

The beach volleyball team will conclude the regular season when they host San Diego Mesa and Grossmont at Coast Volleyball Club on April 19.