City College men's soccer shut out both of its opponents last week. 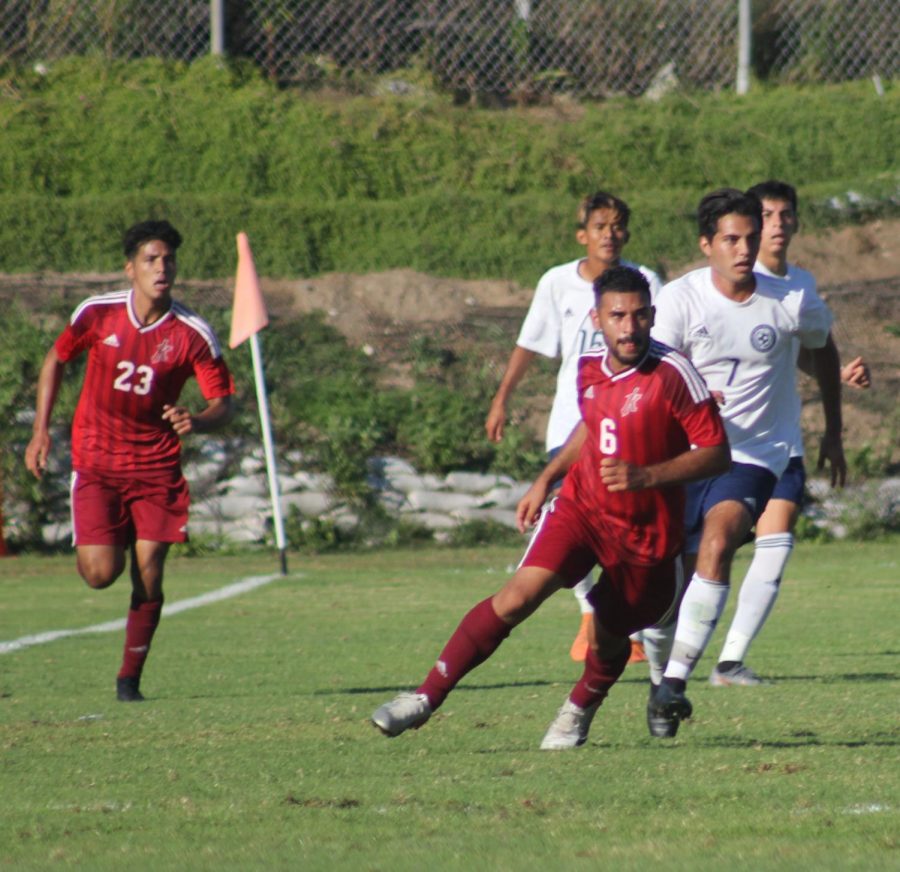 City College Men’s soccer had the best week of its season, leaving the opposing teams in both matches without any goals.

On Tuesday, the Knights faced the Palomar Comets, winning 2-0. The scoreless game was broken by Erwin Hampton in the second half.

Shortly after, Dalton Kinney expanded the lead with a goal at the 80-minute mark.

The Knights had home field advantage when facing the Imperial Valley Arabs on Friday. The Knights left this game with a 4-0 win.

Hampton scores to lead off the game, giving the Knights the lead less than six minutes in.

Federico Olvera then scored five minutes later, setting the tone for how the rest of the game would play out.

In the second half, Enrique Moreno and Neftali Bojorquez scored, helping the team achieve the feat

The Knights hope to continue with this momentum at Cuyamaca on Oct. 22. The game starts at 30 p.m.

San Diego City women’s soccer had its momentum slowed this week with losses in both of its games.

Last week the team broke its losing streak during a game versus Imperial Valley, getting a long-awaited victory. This week, however, the team hit a standstill.

The Knights played Cuyamaca on Oct. 15, ending the game in a scoreless tie.

The following Friday at a game versus San Diego Mesa, the Knights lost 8-0.

The City College Knights next play at MiraCosta on Oct. 22, beginning at 3 p.m. They play their next home game on Friday, Oct. 25 versus Southwestern at 3 p.m.

After going 1-1 for the week, Knights volleyball is even with MiraCosta where? in the Pacific Coast Athletic Conference with the head-to-head advantage over the Spartans.

The team lost its first match of the week versus Grossmont, playing only three sets. The second set of the match was neck and neck. However, the Griffins took home the win.

On Oct. 18, the Knights faced Cuyamaca College, taking home a 3-2 win. The team won the second, fourth and fifth sets, playing up to 30 points in the second.