City College will have the opportunity to earn a spot in championship tournament it is co-hosting. 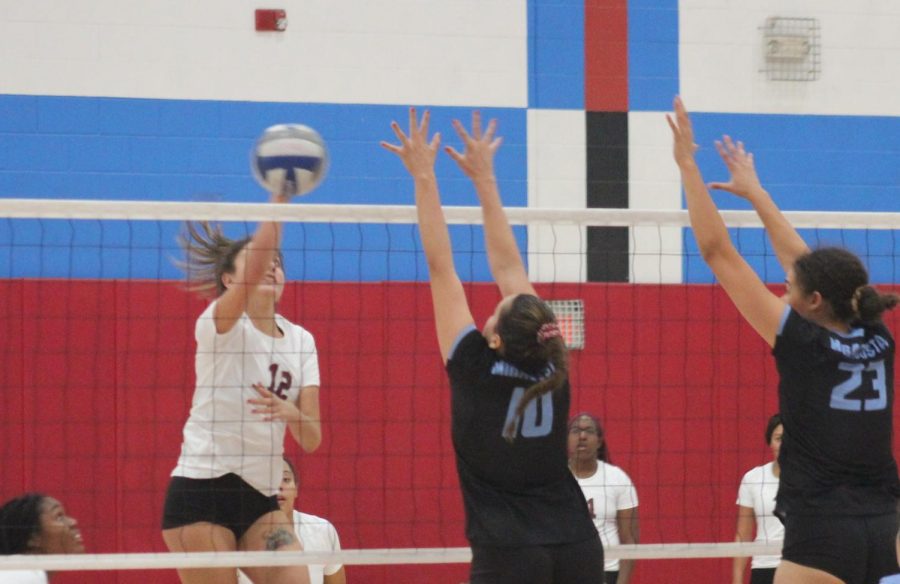 It will be the final playoff berth for sophomores like Kiara Pena (12). Photo by Sonny Garibay

The San Diego City College women’s volleyball team made the playoffs for the fourth consecutive year.

“We made the first round,” Coach Dede Bodnar wrote in an email to the City Times.

The Knights went 14-10 overall and finished 10-6 in the Pacific Coast Athletic Conference. The conference was one of the toughest in the state with three other teams ranked 11 and better.

The Roadrunners improved to 15-11 overall and closed out the conference schedule with a 9-8 record.

The Roadrunners currently hold the No. 15 spot in the SoCal regional teams. Rio Hondo looks to return to  the playoffs for the first time since 2012 and took third place at South Coast Conference tournament earlier this week.

The Knights will be traveling to Whittier this Saturday and the game will start at 4 p.m.

The location of the State Volleyball Championship tournament has been moved from City College to Southwestern College. The programs of both schools will share hosting duties.