The Knights open the postseason at home on Wednesday 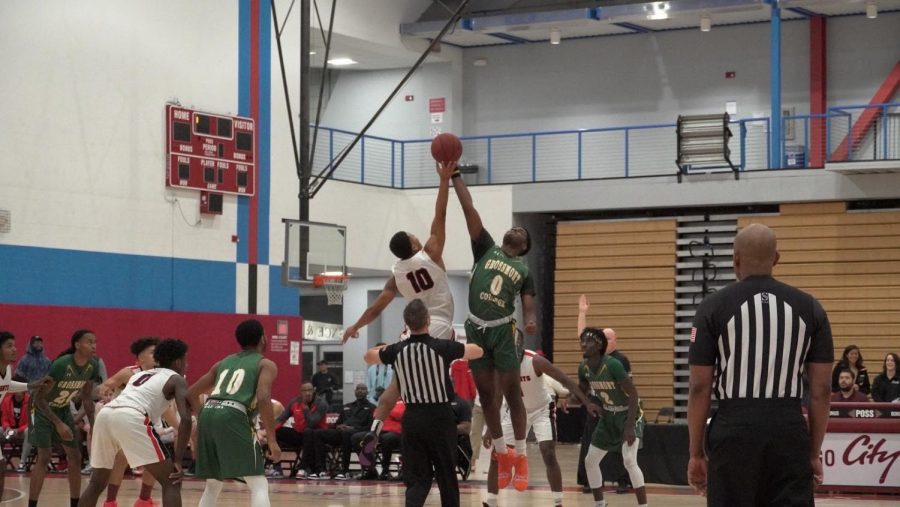 The City Knights tip off against Grossmont College on February 21. Photo by Aarmon Mehdiyan/City Times

The San Diego City College men’s basketball team advanced  to the first round of the Southern California Regional playoffs for the seventh straight year.

The Knights will begin their postseason push against Los Angeles Southwest College at Harry West Gymnasium on Wednesday, Feb. 26.

City, which earned a final seed of No. 11 out of the 22 teams in the bracket, finished second in the Pacific Coast Conference with a 14-2 record (23-5 overall). The Knights have won their last five games in a row.

The Cougars earned the final berth into the postseason tournament after finishing second in the South Coast Conference with a 8-2 record (17-10 overall). Los Angeles Southwest made a late run for the playoffs by winning its final five games of the season.

The last time the Knights and Cougars met, it was earlier in the season during the Grossmont Invitational. That game ended with City winning, 105-74.

Tipoff on Wednesday is set for 7 p.m.