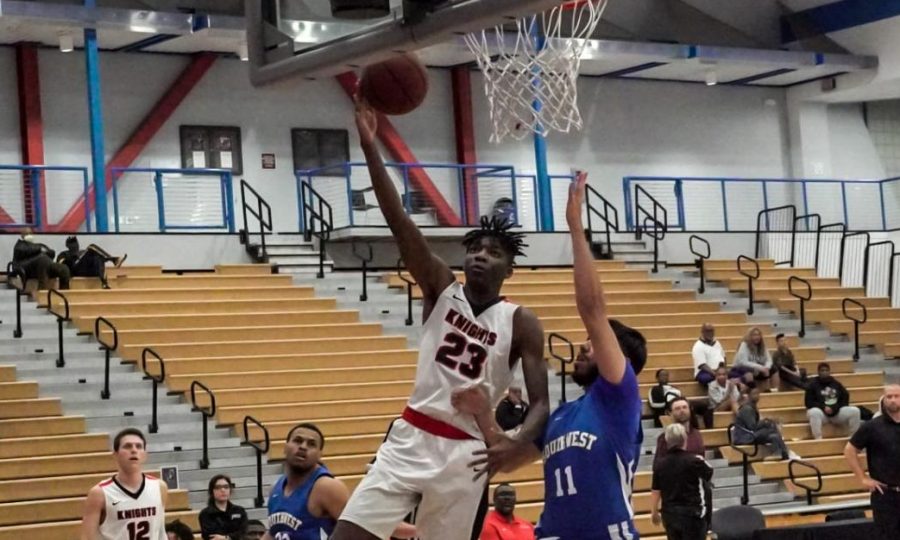 Drew Cisse scored 7 points in the Knights first round playoff win against the Cougars. Photo by Aarmon Mehdiyan/City Times

No. 11 City was led by guard Dominic Hovasse and center Legend Stamps, both scoring 16 points. LA Southwest was led by Lamar Harris, Jr. with 32 points.

The Knights now meet No. 6 Fullerton College (22-5) in the second round of the California Regionals. The game is scheduled for 7 p.m. on Sat., Feb. 29.

An updated story with quotes from the players and coach Mitch Charlens is coming soon.