Knights look ahead to Fullerton 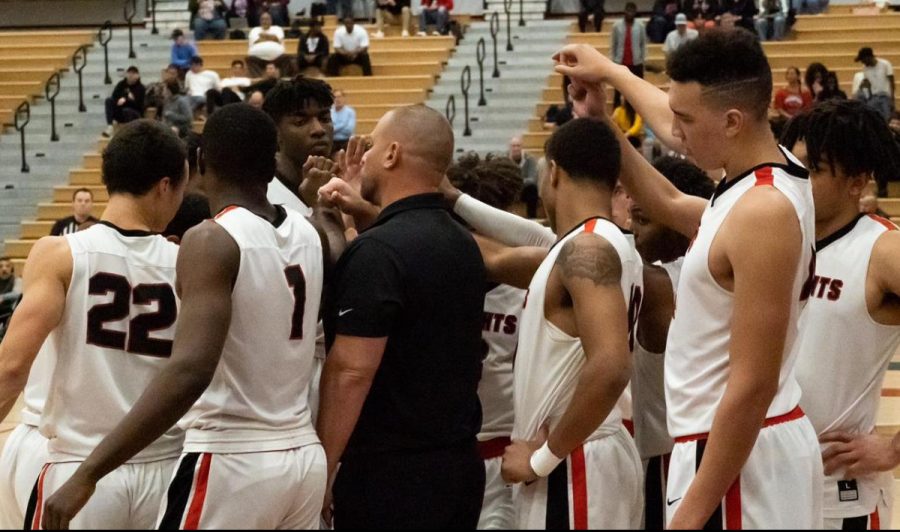 The Knights come together during a timeout against LA Southwest. Aarmon Mehdiyan/City Times

Following last year’s first-round playoff exit, the Knights were out to prove that this year was different.

The Knights opened up Wednesday night’s game with an 8-0 run, which set the tone for the entirety of the game as they never led by less than seven.

The Cougars lost this game by a wide margin. Their offense did have one bright spot in Lamar Harris Jr who finished the game with 32 points and 10 rebounds.

Harris came out of the game it was easy to tell that the defensive-minded Knights were too much for the Cougar offense as they forced 23 turnovers compared to the Cougars 9.

“I try to stay intense and engaged, and good things usually happen,” Hovasse said, after being asked how he was able to get rolling during Wednesday’s game.

City College advances to the second round of the playoffs, where they will face off against the 6th-seeded Fullerton College Hornets.

“We have quite a history with (Fullerton),” Charlens said, referring to the 2017 state championship game where the Knights hit the decisive shot with four seconds to go to win.

“They’re a really good team, a really well-disciplined team,” Charlens said. “And they’re at home, so it’s  gonna be a great game.”

The Knights come into Saturday’s game as underdogs and are hoping to pull off a nice upset and punch their ticket into the third round of the SoCal regional playoffs.

The game will be played at Fullerton College Saturday, Feb. 29 at 7 pm