The City College fall season will not resume until February 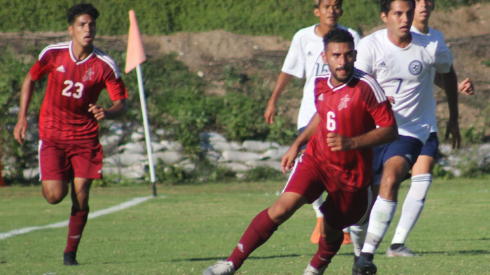 But this fall will look different.

The Knights will not be playing any of their sports this semester. That includes not just fall season sports, but winter season competition will be delayed, according to the California Community College Athletic Association.

“Unfortunately, there won’t be any sports this fall,” wrote Celarie in an email to the City Times.“There is a plan to have all sports resume with shortened seasons beginning in early February.”

The CCCAA Board of Directors approved a contingency plan early July that shifts all sports to the spring season.

The Pacific Coast Athletic Conference posted a statement on its website regarding the CCCAA contingency plan. To view it, click here.

The plan said sports will only continue if it’s safe to do so and any decision will primarily be determined by state and local health officials.

The original plan had men’s and women’s cross country and women’s golf competing in the fall, but those have also been moved to the spring along with the rest of the fall sports.

Practices will begin in mid-January before competitions start the following month. Spring sports will start practice in late March and compete on April 10.

All sports will have a 30% reduction of games and the CCCAA will not have state championships during the 2020-21 season.

“The health and safety of our student-athletes, coaches and staffs are our top priorities,” wrote Jennifer Cardone, the CCCAA’s interim executive director in the conference statement. “While the Contingency Plan has the most drastic changes, it’s also the one that provides us the best opportunity to return to competition.”