Knights volleyball goes down with a fight 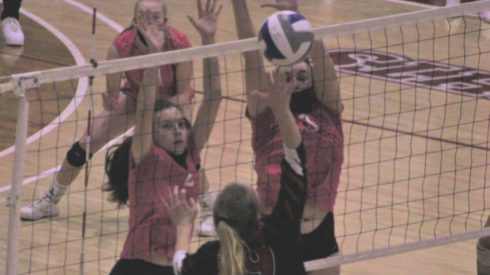 The high ceilings of Harry West Gymnasium housed a rematch with a nail-biting ending as the City College women’s volleyball team lost its chance to seek revenge against Palomar College on Oct. 27.

In the last minutes of the fifth-set tiebreaker, it looked like a match win was a possibility for the Knights as sophomore Kalley Norvell (Marinatha) blasted a service ace to tie-up the deciding set at 11-11.

However, San Diego City College (6-10) gained momentum and lost it just as quickly as Palomar scored four straight points to cement its victory.

This momentum swing has been a recurring theme for the fall season of the Knights, who have been burdened by injuries and limited time to prepare and develop team preseason chemistry.

Despite the team being out of the running for first place in the Pacific Coast Athletic Conference, the team is determined to take on their last four games of the season with a battle-ready mentality.

This time, match-ready, Patterson did not waste her chance and stayed aggressive with 39 attack attempts and 19 kills.

Patterson brought energy throughout and encouraged her teammates to not give up.

“This team wants to win more, and the desire is there,” she said.

The team now prepares for its next challenge against the Miracosta College Spartans (14-2) who are currently ranked third in the PCAC and are still in contention for first place.

“It’s time to fight hard and focus on play to play by compartmentalizing and focusing on what I have to do at that moment,” Norvell said.

With the season winding down, City is building for the future with a primarily freshmen team.

Knights coach Dede Bodnar has seen great progress in her players and observed a competitive attitude to work hard this season.

“Our team is just peaking now, with melding and learning so much throughout the season,” Bodnar said. “The students are getting better, and there is nothing but to move up from here.”

City’s next game is on Nov. 3 at 6 p.m. where they will attempt to upset the Spartans.