Andrew Suver, along with sisters Alina and Alyssa Fletes, will play today 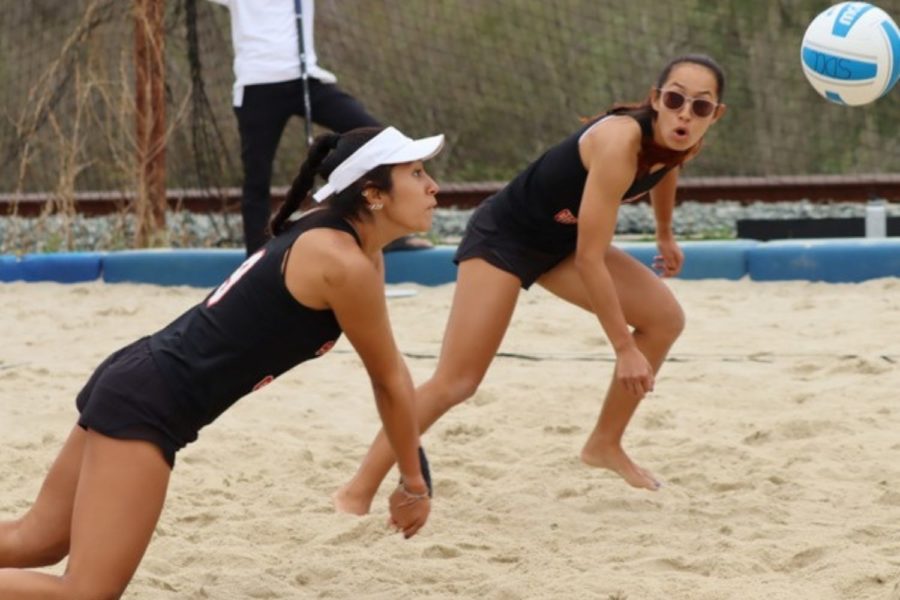 Alyssa Fletes (left) passing the ball to teammate and sister Alina Fletes (right) in a match against Mesa on April 1, 2022. Photo courtesy of Knights Athletics

San Diego City College sand volleyball players Alina and Alyssa Fletes have qualified for the SoCal Regionals on May 6-7.

The Fletes sisters were the only San Diego City pair to make it to the second day of competition at the PCAC championship tournament, which was held at Grossmont College.

This is the second time Alina Fletes made it to the SoCal regionals. She alongside her teammate Kareemah Hopkins qualified during the last  there was a full season in 2019.

Men’s tennis player Andrew Suver is heading to the state championship on May 6-7.

The freshman from Seattle,WA , earned a 6-3 and 6-1 win over Fullerton’s Jindrich Kosatik in the round of 32 and then a shutout victory over Riverside’s Rafa Rullan, 6-0 and 6-0, in the round of 16 to qualify for the singles state championship.

Suver is the only Knight to make All-Inland Empire Athletic Conference team in both singles and doubles. He will be the No. 5 seed from Southern California and will be matched up against NorCal’s No. 4 seed Arav Waghray from Chabot College in the round of 16.

The tournament will be held today at Mt. San Antonio College in Walnut.