Perez ordered out of courtroom 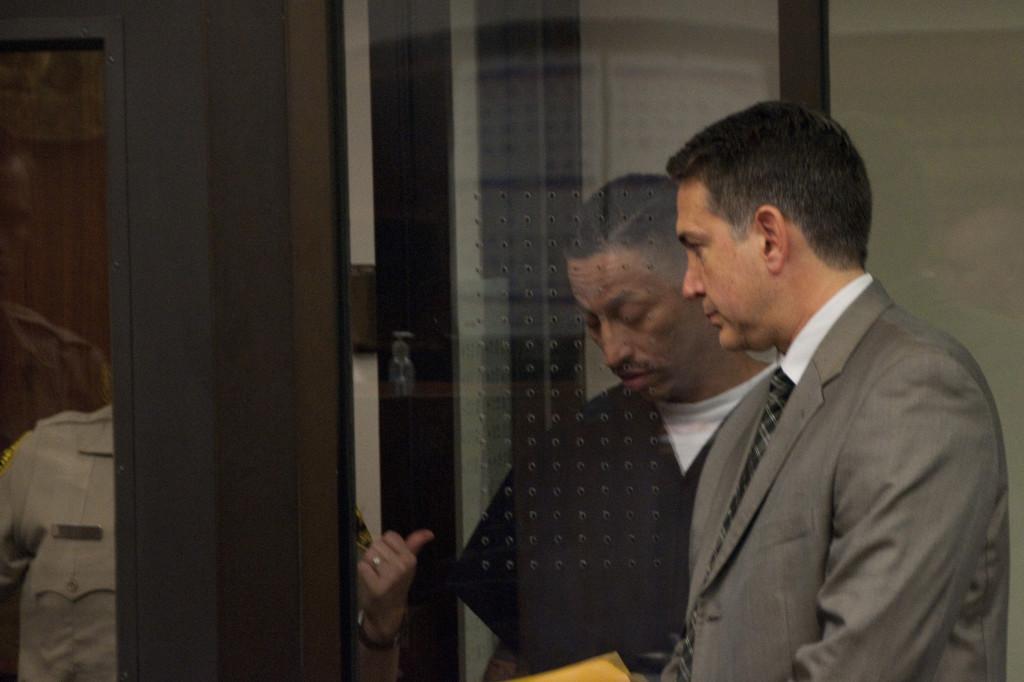 Perez (left) speaks with his attorney at his arraignment on Feb. 21 at the San Diego superior courthouse.- David L. Wells, City Times

Armando Gabriel Perez, 39, the suspect in the Diana Gonzales murder case, was ordered to leave the courtroom due to lack of cooperation only a few minutes into his arraignment on Feb. 28.

Perez requested to read a lengthy statement that appeared to be several pages long. Deddeh denied him, saying “We’re not going to do this right now. You’re either going to plead guilty or not guilty or I’m just going to enter a plea on your behalf and take you out of here.”

Perez asked why he didn’t have the right to talk.

The judge replied that it was not the appropriate time for him to speak, and he only had the right to enter his plea.

Perez refused multiple requests from Deddeh to hand the note to the bailiff, resulting in the judge ordering Perez be removed from the courtroom. A plea of not guilty was then entered on his behalf.

After the incident, Deddeh issued a statement. “For the record, Mr. Perez was asked to plea guilty or not guilty. This is not a forum for him to make a speech or deliver some message to the public.”

Perez is accused of killing his estranged wife Diana Gonzales, who was a 19-year-old City College student. Gonzales’ body was found on Oct. 12, 2010, in a men’s restroom on campus with multiple stab wounds to her neck and other parts of her body.

Perez has been held at George F. Bailey Detention Facility since he was extradited from Mexico on Aug. 21, 2012.

If found guilty of the first-degree murder charge, he would face life in prison with no possibility of parol.

Perez’s status conference is scheduled for March 21, with his trial before a jury set for April 19.