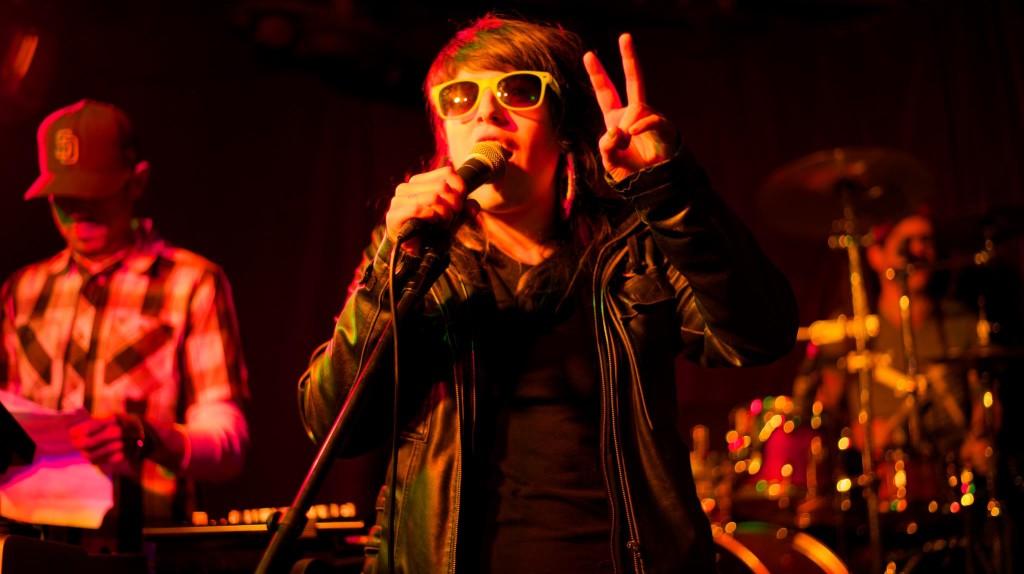 Navigating the local reggae scene since 2010, Piracy Conspiracy is one of the local bands that have not only garnered a growing fan base of all ages, but has recently had some frequent airtime by local radio stations such as 91X and FM 94.9. They are set to tour with well known local band Tribal Seeds.

With three albums under their belt, front woman Piracy (Gloria Melissa Carballo) along with her crew of six are slowly but surely conquering the male dominated reggae scene. Carballo cites the respectable reggae songstress Lady Saw as her main inspiration.

“I remember seeing her when I was super little and she was like the only female reggae artist on the stage,” said Carballo, “She kind of opened the door for me to realize that dance hall reggae is in need of females, so I stepped in.”

The 27-year-old vocalist began splashing in the local music scene as a MC style DJ, along with three other girls while she was still attending high school. She earned a nursing degree from Southwestern College and worked as a medical assistant, but soon quit and delved deeper into the reggae scene, where she met her band members and was discovered by local DJ Carlos Culture.

The band’s name was inspired by the trend that artists often follow, which is to use other artist’s beats or melodies and reinvent them to make it their own. Reusing melodies is now common and quite acceptable and is done by both veteran and new artists.

Piracy has teamed up with several other musical acts such as Tommy Dubs, whom together released an album on May 28 titled “Tommy Dubs Meets Piracy: Kick Rocks,” which added to Piracy Conspiracy’s two previous albums “Alpha and Omega” and “Lost at Sea.”

The single receiving airtime is called “New Uprising” by the B-Side Players, and features Carballo as a guest vocalist along with David Ornales from Strangers. This song has a music video available.

Carballo beamed when asked about how she felt when she first heard her song play on local radio station 91X and cheerfully shot back “I was stoked!”

Carballo happily remembered the day the song was playing, as a friend of hers informed her and missed the majority of the song as they scrambled for the nearest radio. The single has made made airwaves in local radio stations 91X and 94.9

Piracy Conspiracy have graced the stages of music venues such as The Belly Up Tavern, The World Beat Center and SOMA San Diego, among others.

They will embark on their first national tour with acclaimed local reggae band Tribal Seeds in January.

“I’m going on tour in the winter, it’s going to be my first tour and that’s really exciting. They’re giving us the opportunity to work with them,” Carballo said. “I’m definitely recording another 14 song album with my band Piracy Conspiracy. That’s gonna be my future plan from here on out till I die!”

Carballo and her crew’s determination and passion for reggae music has brought them together and created legion of fans of all ages within San Diego. They are slowly creeping out of the local scene and are eager and ready to navigate into new horizons while spreading their message of empowerment and diversity.