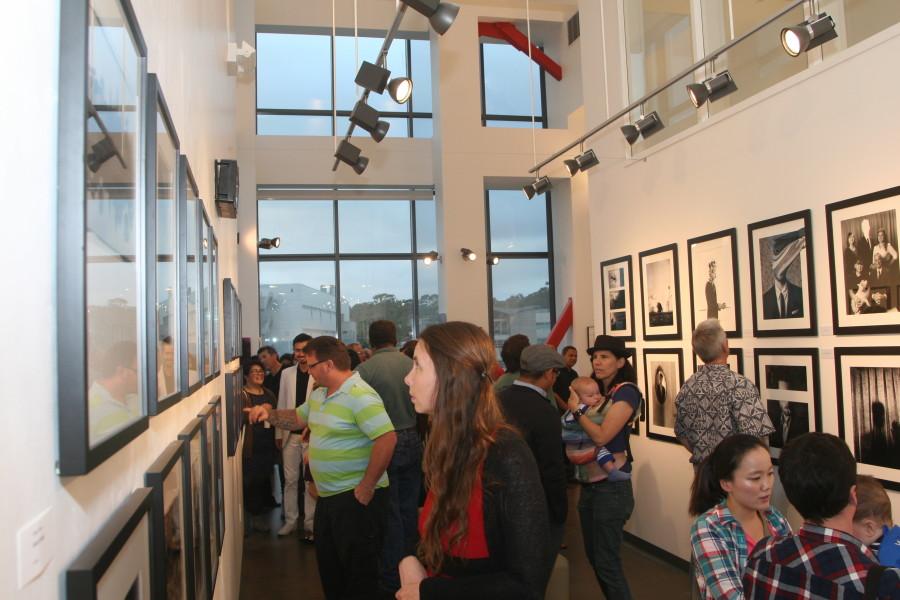 City’s Photography Department organized the judged competition, which drew more than 400 entries, of which 95 were selected to be exhibited, photographed by 29 students.

The winners were announced at the opening reception of the exhibit on May 8 at the Luxe Gallery in the fifth floor of the V Building.

In late April, judges viewed the untagged prints for selection in the exhibit and picked the winners.

Professional photographers, Walter Wilson, a City alumni, and William Morton, president of the American Society of Media Photographers-San Diego Chapter, were the judges. Morton, who had served as a judge several years ago, noted differences then and now.

“I think there’s more commercial work than last time. I’m seeing higher quality images and can tell they produced them with a lot of attention to detail, which is always good to see,” Morton commented at the reception.

The students from the Photography and Gallery Management classes, taught by professors Dave Eichinger and Melinda Holden respectively, submitted photographs and helped assemble the works.

“Each year we choose photographers, either local or from Los Angeles, who are graduates of City College or professionals we know, who sometimes hire our students,” explained Eichinger.

The professor commented that this year’s pieces differ from 2013 in tone.

“The works seem to be more esoteric, psychological and emotional as opposed to last year, when it was more colorful and pretty.”

The Best in Show went to Edward Honaker for his self-portrait Portfolio work, “Depression.”

Celia Jimenez, a City Times photographer, won first place in Portfolio for her collection of close-up food and kitchen utensils.

Ashley Montoya placed third in Portfolio, with self-portrait photographs titled “Desolation,” “Despair” and “Yearn,” which were two years in the making.

“I’m not too comfortable being in front of the camera,” Montoya said. “I was trying to mask identity in all (photographs) for the viewer to interact and take a piece of themselves out of it.”