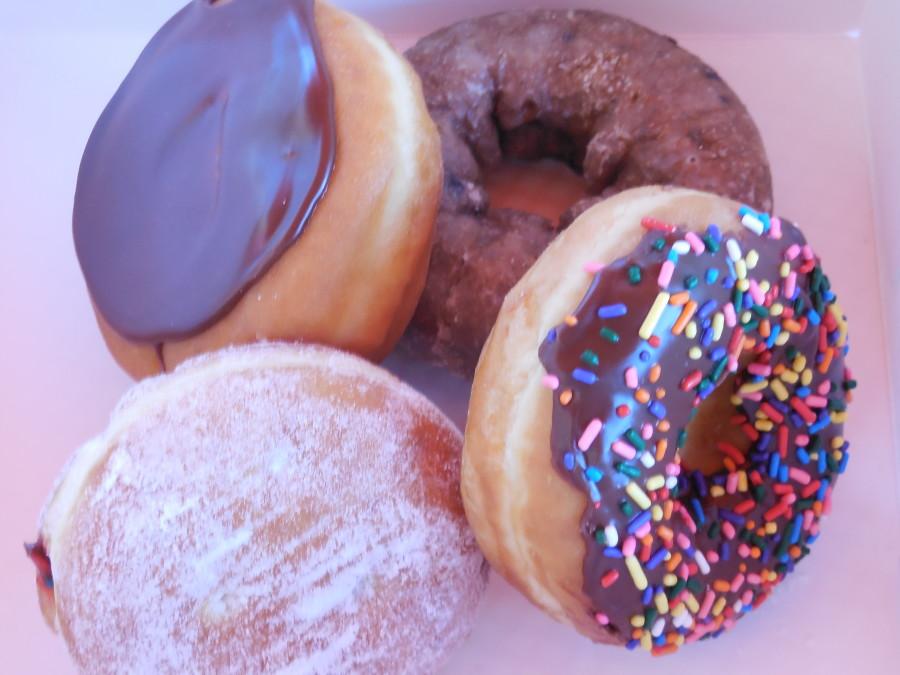 There is something comforting about a good cup of coffee. When paired with a donut from Dunkin’ Donuts, it’s magical.

A good donut should mildly sweet, not too soft and not too dense. It should be able to break it in half without it crumbling and dunked in a cup of coffee without dissolving into mush. Dunkin’ Donuts offers such a thing.

Dunkin’ Donuts, a coffeehouse chain based in Massachussetts, opened a San Diego storefront March 10. Before then, the only other Dunkin’ Donuts was on Camp Pendelton and not accessible to the public.

Dunkin’ Donuts stocks a display case of eight racks with pastries and baked goods. They are baked on site and replenished throughout the day until there are none left. Certain types of donuts run out sooner due to their popularity.

Dunkin’ Donuts offers a wide variety of donuts but according to the lovely staff members the San Diego favorites are Boston and Bavarian cream filled, jelly filled, blueberry cake and chocolate iced yeast donut. Of course, one each had to be sampled.

Starting with the sprinkled chocolate iced donut was the right call. The dark chocolate icing is a perfect backdrop to the brightly colored sprinkles. The combination of yummy and pretty is a great team.

The Boston cream is a moist yeast donut pocketing the delicately sweet vanilla pudding-like cream. The elegant touch finishing this iconic donut is a dark chocolate icing. Dunkin’ Donuts runs out of these most of the time.

The blueberry cake donut is moist, lightly iced and tastes divine. it’s not a sweet donut, which allows the blueberries to be tasted and appreciated. The clear icing is not overpowering and serves as a complement to the donut and blueberries.

The jelly filled is a delightful surprise. The filling inside is raspberry jam and instead of a glazed or frosted topping the donut is dipped in granulated sugar. It sounds like an overpowering combination but not as sweet as imagined.

However, if donuts aren’t your thing, Dunkin’ Donuts offers more than just donuts and coffee for those on the go. They offer other fast and convenient choices.

Their menu includes 10 breakfast and six lunch combos, including a choice of a medium coffee or tea, hot or iced. Four combos and two limited time only items include an order of hash browns. Prices run from $3.59 to $6.29, which is student budget friendly.

Dunkin’ Donuts is located in the back of the Embassy Suites Hotel at 601 Pacific Highway. It’s easily accessible by trolley or a 10 minute car ride from campus. It’s a perfect snack to grab during a break between classes.