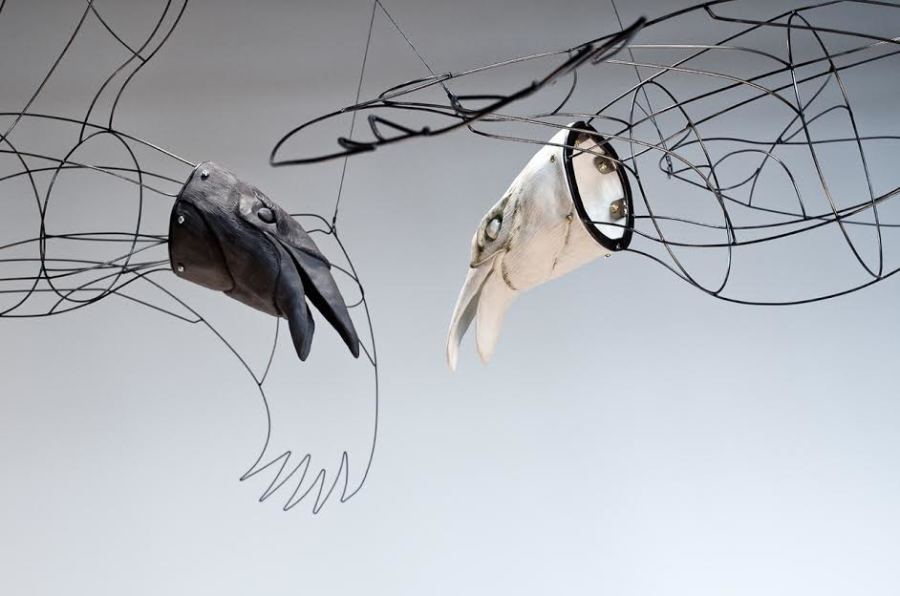 Art pieces, such as these sculpted birds by retired SDSU art professor Joanne Hayakawa, explore the themes of nature and humanity that is present in City Gallery's spring exhibition. Photo courtesy of Joanne Hayakawa

As the City Gallery opens for its second-ever semester on the San Diego City College campus, a new show titled “Terrestrial” will give viewers innovative perspectives of themes revolving around nature, humanity and the universe for the gallery’s spring kick-off.

“Originally, we were going to go with ‘Nature and Human’ as a title, but then we just realized the MoCA (Museum of Contemporary Art) did have a show with exactly the same title,” City College art professor YC Kim explains. “We’re still going on those themes, so we thought we’d maybe just slightly give it a different name.”

“It’s like more universe in a way,” Kim continues. “There’s a lot of images related with the universe, but because artists integrate in different ways, we kind of thought that maybe ‘Terrestrial’ could be the name.”

One of the seven artists presenting their work, recently retired SDSU  art professor Joanne Hayakawa, will be using multiple kinds of three-dimensional installations taking on the form of various birds in “Terrestrial.”

“It’s funny, a lot of my pieces have been built around earth images,” Hayakawa said. “Mostly I’m trying to build an empathetic relationship to the viewer with something else. I try to create some kind of duality between two seemingly opposite things and then hopefully the viewer will try to connect them together in their mind.”

Hayakawa has been an artist for 40 years. Starting off as a painting major, she quickly transitioned from that to her medium of choice early in her career.

“I started off as a painting major, but I got quickly persuaded into ceramics. I just really enjoy making things with my hands. There are a lot of things where I like to watch the process of becoming,” Hayakawa explained.

The opening reception takes place on Thursday, Feb. 5, from 5 to 7 p.m., and the exhibition will remain on display through March 5.

For more information, including artist submissions, gallery hours and information about future and past exhibitions, email the gallery directly at citygallery@sdccd.edu.