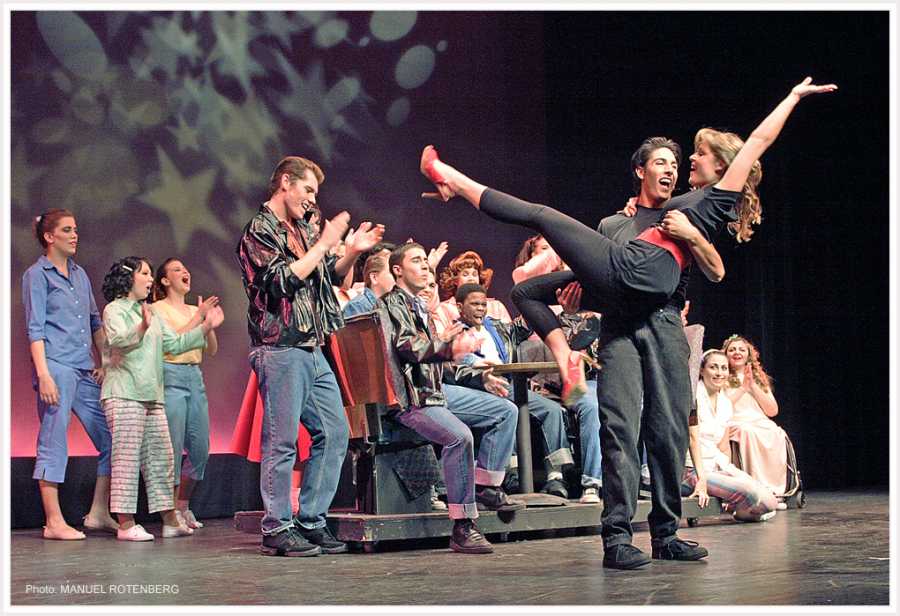 Actors during one of the final numbers of San Diego City College’s 2006 production of “Grease” co-directed by June Richards and Alicia Rincon. Photo by Manuel Rotenberg.

Singers, dancers and artists of all kinds are invited to audition for San Diego City College’s upcoming spring musical, “Grease,” in the Saville Theatre Feb. 7 at 12 p.m..

The 1971 musical turned 1979 classic film showcases the life of the leather jacket wearing greasers, the T-birds and their companions the Pink Ladies, enjoying the California sun as aimless teenagers in the ‘50s.

“It is a fabulous, funny, wonderful show,” June Richards, professor and director of the theatre and drama program, said.

“Grease” tells the story about an American boy, Danny Zuko, leader of the T-Brirds and an Australian girl, Sandy Olsson – whose summer fling can’t be forgotten after unexpectedly seeing each other attending the same school.

Production for the show will begin April 10th, a total of 9 performances, until April 26th.

“Everyone is invited to audition. We require students to sign up for our production course,” Richards said.