Perspective: I am ‘Fresh Off the Boat’ and American 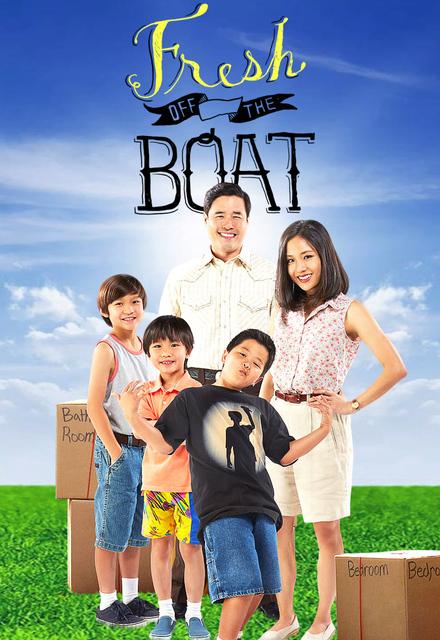 I told my parents ABC was going to premiere a show based on an Asian-American family— they didn’t know what to expect.

My dad immediately remembered the time when, comedian Margaret Cho’s “All-American Girl,” made television history. But the label “Fresh off the Boat” was frowned upon within my family and friends.

“FOB” is a racial slur directed at Asians who carry a heavy accent when speaking English and lack adaptability to the American culture (an immigrant from overseas). Anyone who knows the word can use it. Even I, as an Asian-American, have used it poking fun at fresh catch.

Born and raised in San Diego, my dad moved to America from the Philippines in 1983, later marrying my mom and establishing a life together in 1987. They later gave birth to two kids: my sister and me.

“Fresh off the Boat” is based on chef and journalist Eddie Huang’s memoir of the same name. It chronicles his family’s story, starting with their move from Washington D.C.’s Chinatown to the suburbs of Orlando.

In the second episode, Eddie, who voiceovers for his 12-year-old self (played onscreen by Hudson Yang) exploits the meaning of love in the Huang household.

“Our family loved each other, but we never said it,” he says. “We showed our love through criticism and micromanaging. So if you were saying, ‘I love you,’ you were hiding something.”

I’ve dealt with this. Growing up my parents thought showing vulnerability didn’t make you stronger. Battling with my parents for position was common at home, but no matter what we all had each other’s back. That was how we showed true love. “I love you” was hardly said.

A myriad of Asian characteristics hit home in the first few episodes, from Eddie getting teased at school for packing Chinese noodles for lunch to being called a “chink.”

“Chink” is a racial slur for Chinese-Americans. The word directed my way by American ignorance of my race back in the ‘90s. If you were brown, not quite Mexican looking and had an Asian quality to you, you were Chinese by default.

Young Eddie is called a “chink” in front of the cafeteria during lunch, silencing the entire room.

Eddie’s parents, Jessica and Louis Huang, played by actors Constance Wu and Randall Park, defend Eddie’s obscenities after lashing back at the kid who called him names.

The Huang parents team up against the principal’s wishes to suspend Eddie— scolding him for allowing such racial teasing to be disregarded.

I felt for that kid. Being called “names” for his appearance. Attending schools where a majority of the school was white. On the first day of school, teachers would always have trouble pronouncing my last name. I never realize how different I was. I was American, but I was Asian, not knowing how to bridge the gap.

I remember my mom packing me sandwiches with bacon and cheese so that I could be like everyone else. She stopped packing me adobo or sinigang, which we reserved for dinner and weekends.

In the second episode, Eddie gets turned down to sit at a table for unleashing a Chinese noodle dish, “Eddie’s eating worms!” yelled Eddie’s white classmate.

The pitfalls of being a young kid: I didn’t have the knowledge to defend myself and I didn’t know how to talk to my parents about it. At the time, I let the world box me into whatever they wanted as I adjusted accordingly.

I was forced to question my Filipino roots, while my identity within those values lost touch trying to belong. What I didn’t know was that instead of shunning my Asian heritage, I chose what I put on my plate to be fed.

Was it going to be rice or bread?

One of Huang’s goal for the television show is exposure to a greater demographic, by revamping the phrase “FOB.” Within a culture full of immigrants it creates an open discussion about race.

Some families like the Huang’s embrace the American culture and push to understand it, but my family was more arrested in development and this is why the show is important. People can finally find out why my mom was tough on us, why we sing karaoke and why we refuse to pay full price when there are sale prices for almost anything.

I am fresh off the boat and American.