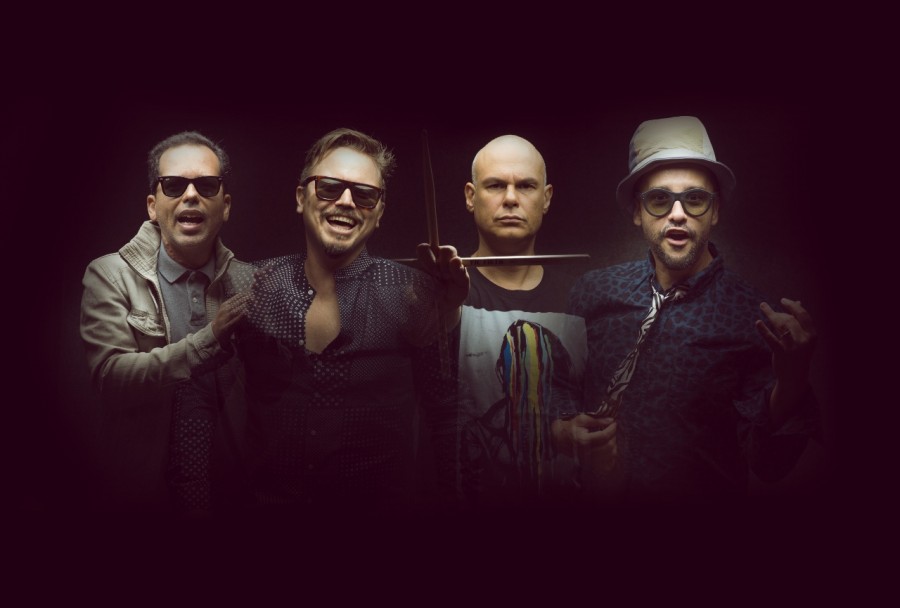 Julio Briseño, singer of the critically acclaimed Venezuelan band, took time to speak to San Diego City Times from Miami, where the band is midst of a string of performances in Florida, New York, Arizona, Oakland, Los Angeles, Veracruz, Mexico City and Argentina.

“It’s quite an honor for the Latino Film Festival to have considered us and invited us for this event,” said Briseño in Spanish in a phone interview.

“I have always been an avid supporter of film festivals, whether they’re Latino or any international ones. The band as a whole I believe has always supported any artistic outlets.”

Los Amigos Invisibles found early success in their home country with their 1995 debut album “A Typical and Autoctonal Venezuelan Dance Band,” which led to them to signing to David Byrne’s record label, Luaka Bop. Byrne is a former member of the Talking Heads.

Critical acclaim and popularity came with their 2000 release of “Arepa 3000: A Venezuelan Journey into Space” and “The Venezuelan Zinga Son, Vol. 1,” released in 2003, both nominated for Latin Grammys.

During the interview, Briseño elaborated on the importance and impact of events like the Latino Film Festival, especially during a time when immigration has been a hot topic heading into the presidential election.

“Look, I think more often than not, people know that diversity, not just Latinos but all foreigners, has a positive effect,” said Briseño. “And I think it’s up to us, to contribute in a positive way.”

The band’s most recent release is a tribute to Italian-born Venezuelan singer songwriter Yordano but the
band is about to head into the studio for what will be the member’s eighth studio album. Taking inspiration from an unlikely source, it was Metallica’s “Some Kind Of Monster” documentary film that motivated and rejuvenated their current approach.

He said that after the tour, the members willl record their best 10 to 12 songs.

“This is the first time that we jammed as a band to write songs. Usually we work on something for days but this time we jammed. Songs came out within two or three hours,” said Briseño.

Autentico Decadente and Enrique Gonzales Muller are among the confirmed guests. The band has yet to decide who will produce four more tracks in the as yet unnamed album that is due on August.

“The enjoyment we had writing the songs …people will get to hear that joy on the record,” said Briseño.

Los Amigos Invisibles will perform the b opening night concert Thursday, March 10, at the Music Box. Tickets are $40, with all proceeds going to the Media Arts Center San Diego’s education programs.