We are earning our dreams 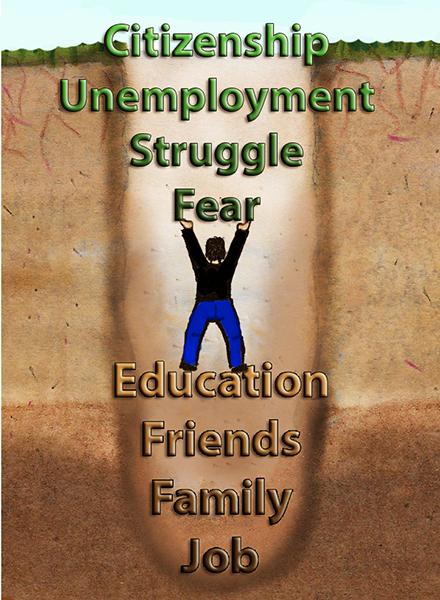 I became the first in my family to go to college. I won a $10,000 Price Scholarship and I served as an intern at a TV station. Yet I still remember the first time I broke down and cried in anger and sadness when I was sent to clean restrooms at a fast-food restaurant.

I wondered what I did wrong. I got good grades. I graduated from City College with an associate’s degree in broadcast news. I had never done anything to upset my parents and yet I had to do a job that gave me no hope for a better future.

I had come to this country when I was 7 years old with my mother, who, like millions of others, had arrived without authorization desperately seeking a better life for us.

Regardless of how good I was, without that authorization, all good jobs were out of my reach. I had to accept the fact that I would never be sitting in front of a desk as an anchor.

So I stopped going to school and moved to Washington state. There, I worked early mornings in the fields or in a packaging factory for fruit that was going to where I wanted to be: my home in San Diego.

One day, I got the chance to step back into my old life. I became a volunteer at KDNA, a radio station in the town of Granger, where I was given the opportunity to produce my own entertainment segment. That led to a reporting job at a nearby Spanish-language newspaper, El Sol de Yakima. I realized how many people listened to me on the radio and read my stories.

One time I introduced myself to an elderly lady. She recognized my voice and told me she listened to me every Friday and she looked forward to my show. I knew I was making a difference.

Running away from my dream was no longer an option. I got the confidence to finish by bachelor’s degree and headed home.

Here, in California, I not only have the support of my family but am benefiting from two life-changing programs.

Then there’s the California DREAM act, which allows undocumented young people to apply for financial aid if they meet certain requirements.

These two programs have allowed me the opportunity to take additional classes at City as I prepare to attend a university.

Some reject these programs as unfair, saying that not everyone can take advantage of them.

I want these people to know that thousands of students like me are not here to take anybody’s place. We’re here because we were taken away from our own space in our native land.

I want them to know that I have worked very hard for an opportunity to pursue my dreams.