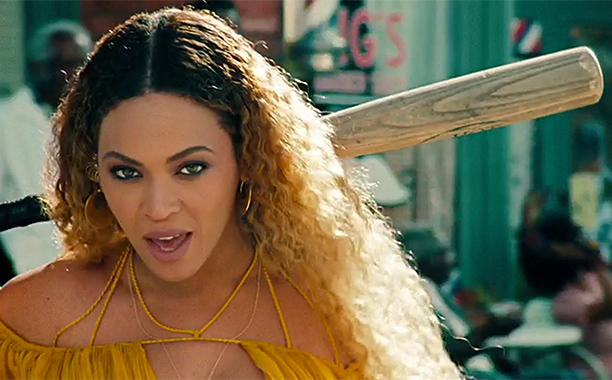 Beyoncé makes history with her album "Lemonade." She placed 12 out 13 songs on Bilboard's Hot 100.

Beyoncé has done it again.

Queen Bey just dropped what is shaping up to be one of the albums of the year.

“Lemonade” comes months after the singer dropped the single “Formation.” Perhaps Beyoncé’s most personal work, it dissects her marriage, hinting at her husband’s infidelity and the experience of being a black female in America.

The album is a concept piece, an almost seamless body of work reflecting on family, loyalty, freedom, respect and the sacrifices of love.

“Pray You Catch Me” pulls us into Beyoncé’s emotional battle, as she speaks of suspicion of a lover’s betrayal and a fall into depression. The song segues into the tongue-in-cheek “Hold Up,” with reggae undertones. In an accompanying video, she strolls down the sidewalk in a mustard yellow Roberto Cavalli dress, smashing car windows as the camera follows her with a bat that reads “Hot Sauce.”

Sorrow and self-righteous fury follow on “Don’t Hurt Yourself” and “Sorry,” as the singer calls out a philandering lover. In the latter she sits on a throne in a burning mansion surrounded by famous black women “twerking” around her as she disses her lover’s apologies.

Women surround Beyoncé throughout, accompanying her, serving as reminders of the strength of black womanhood.

“Daddy Lessons” shifts from darkness and anger to the relationships between a father and a daughter and being a black female, past and present.

A natural progression to forgiveness seems to unfold, as we see glimpses of intimacy of her marriage, finding inner strength.

Each song in the album personifies a stage in a journey, signified by an emotion in transition (intuition, denial, anger, apathy, emptiness, loss, accountability, reformation, forgiveness, hope and redemption).

Beyoncé plays with a wide range of musical genres throughout. Of note are “Daddy Lessons,” playing with a Southern bluegrass country feel complete with brass section, “Don’t Hurt Yourself,” featuring Jack White and sampling Led Zeppelin’s “When the Levee Breaks,” and “Freedom,” which is almost entirely a capella. She shows finesse as she experiments with her tried-and-true sounds.

This is album is an ode to black women. It embraces what it means to be black, reminds of the freedoms won, and freedoms still denied. With “Lemonade,” Beyoncé delivers a message of empowerment that is refreshing and it is inspiring. Bow down to the queen.