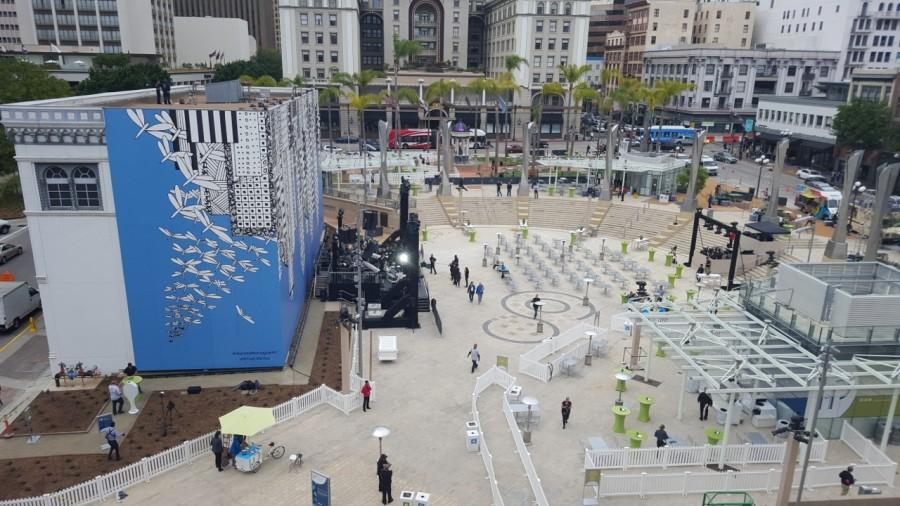 The Horton Plaza Park is bigger and looks better — pretty good for being 146 years old.

After five years of reconstruction, civic leaders revealed the park in a grand opening ceremony on May 4.

The park’s makoever cost $17 million. A corner of the Horton Plaza shopping center was torn down to expand the park to 1.3 acres on Fourth and Broadway.

The park’s central feature, the fountain, also got a facelift, which includes a new paint job. The fountain now is colorfully lighted up at night.

Afterward, the public had the opportunity to get food from local food trucks and enjoy music, art and a special video on the revamping of the park.

The park will host a total of 75 events this year. For those hot summer days, the park includes an interactive water feature located in the amphitheater for the public to cool down.