Fresh ‘To Kill a Mockingbird’ is relevant today 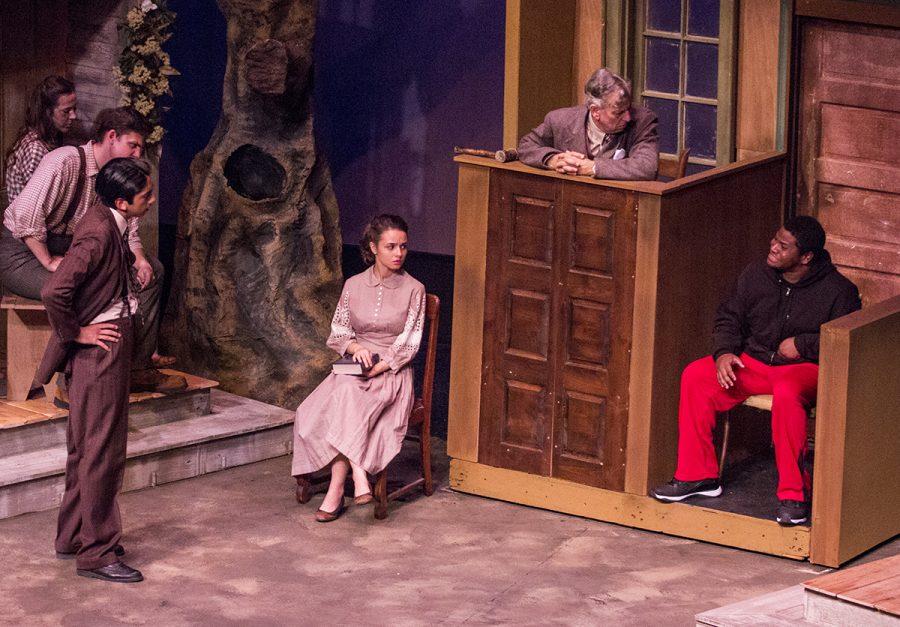 Opening night of City College’s two-weekend stint of ‘To Kill a Mockingbird” showcased a refreshing take on the  Harper Lee’s classic.

The play follows the trial of an innocent black man against the word of a young white woman. The time period and the setting manifest the ugliest hate and discrimination, even in the face of truth and hard evidence.

A problem with modern adaptions of ‘To Kill a Mockingbird” is that audiences nowadays have moved past Scout’s early conceptions of race and discrimination. She’s the 6-year-old daughter of Atticus Finch, the man’s defense attorney.

There’s no need for her to help us understand rape and systemic racism. We see that every day in our lives. The attacks on people of color in our society are ongoing.

Many of us have read Lee’s novel in school or have seen the movie. It’s a story that draws us in and wrings us out when we realize  the injustices that the black man, Tom Robinson, was put through continue to this day.

In a refreshing take on the classic, the director, Ashley Kobza, focused attention away from the children’s conceptions of race and injustice. Instead, she brought the black characters downstage, right in the audience’s face and dressed them in contemporary style.

A Greek-style chorus represented the modern student reading Lee’s novel and applying the message to their own lives.The chorus was comprised of the black characters and they delivered all of the narration.

Throughout the show they stood upstage of the action of Maycomb County, showing their disgust in their facial expressions. These characters were given a voice they weren’t granted in all the adaptions of this book that I’ve seen. They could finally show their resentment toward the circumstances in their town.

Instead of seeing the housemaid Calpurnia as a “Black Mammie” archetype and Robinson as the poor farmhand, as is seen time and again, Kobza presented these characters as modern versions of these negative archetypes.

Dressed in a purple floral blouse, a pink cardigan, jeans, and professional heels, Veronica McFarland brought Calpurnia to a level of esteem I have never seen. McFarland delivered “Mrs. Cal” as the strong, quick, and caring woman that audiences connect with but with a confidence and grace not anticipated.

Roosevelt Green played Robinson in a black hoodie, red sweats, and Nikes. Green was vulnerable and raw, his depiction of Robinson was one a modern audience could relate to. In his costume, he looked like so many other young men who have been brutally ripped from their families and friends for the crime of being black in our country.

This adaption pulls audiences from 1935 right into 2016. Kobza and her cast and crew have created a commentary that goes past the last page of “To Kill a Mockingbird,” showing us that our fight for equality and justice is far from over.