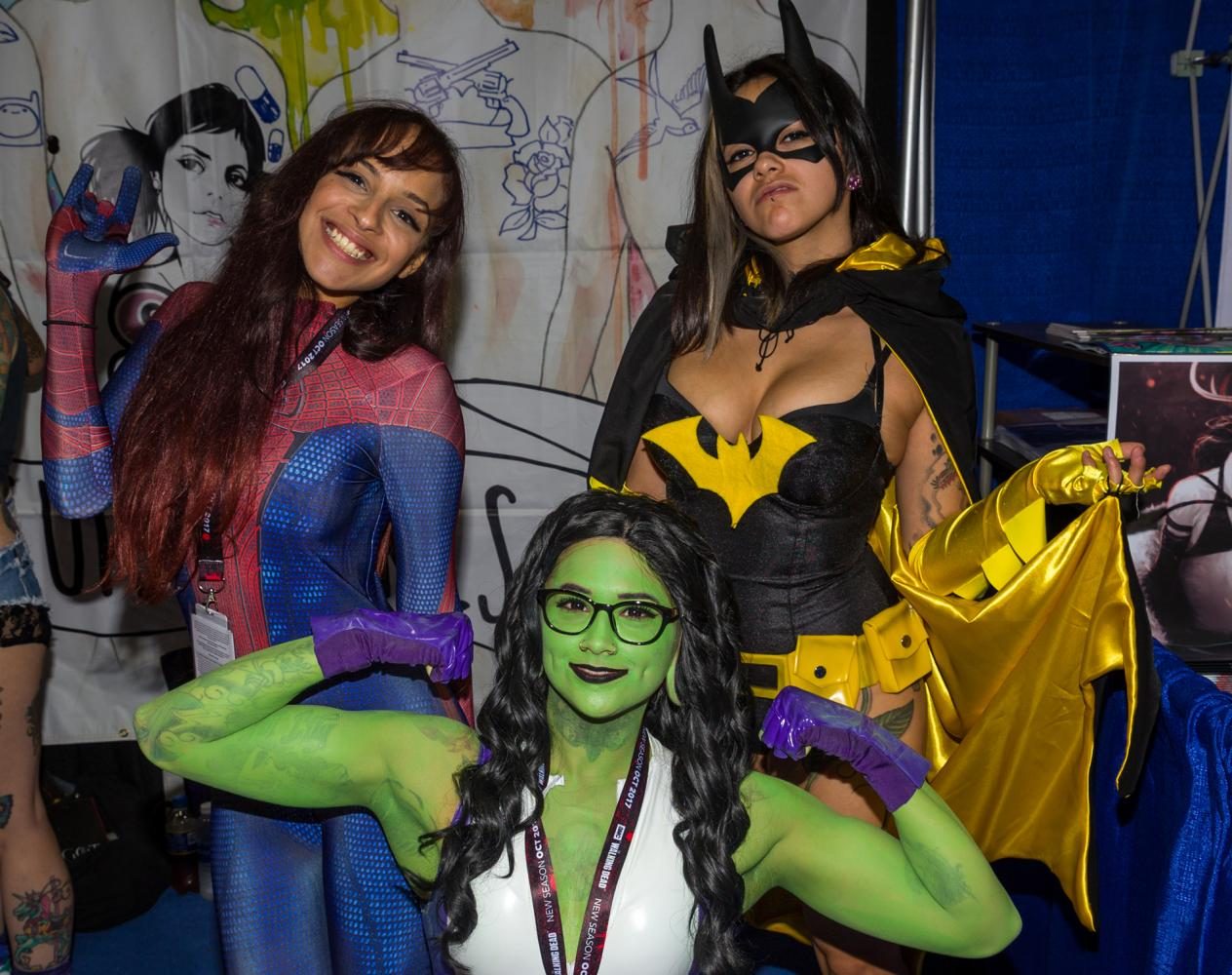 “You can tell many fans were enthusiastic about their costumes.”

For some City College students; attending Comic-Con International: 2017 – was merely a job.

“There are so many people here,” said Andrew Ruthenberg, a recent City College graduate, “I have to make sure that these kids and adults don’t run and clog up the pathways.” He has been working as a security guard for the San Diego Convention Center for almost a year now, and from Thursday to Sunday (July 20-23); he guided many of the estimated 130,000 attendees. “I’m tired because I’ve been on my feet for about ten hours now,” he said.

Alan Hickey, a photography major at City, captured the event for City Times. He entered the show on Friday morning, then after five hours of photographing the various toys, displays, costumed attendees (cosplayers), and panels; he exited through the back of the convention center by the marina.

“Within a few minutes,” Hickey said, “men in white polo shirts started running two lines of rope across the footpath over to the IMDb yacht.”  He was suddenly in the middle of a bunch of fans. “As I turned around,” he said, “the cast of “Fear the Walking Dead” and their handlers started to walk through.” Fortunately, his camera was set to capture some of the cast walking to their chauffered black Chevy Suburbans with tinted windows.

“I photographed Sam Underwood, Colman Domingo, Kim Dickens and Alycia Debnam-Carey,” he said, “and she (Debnam-Carey) was in another show that I binge-watched a few months back and I never realized it was her – she played Commander Lexa in “The 100.”” 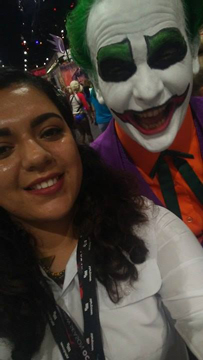 In 2016, Comic-Con began using the new style RFID embedded badges to combat scalping, and the abusing of multiple friends and family members sharing one badge. The new style badges have to be scanned when entering and exiting the convention center. Once scanned, the information is not only saved on a computer database, it also alerts the security guard if the badge is flagged or deactivated.

During Alonso’s breaks, she took some selfies with various cosplayers – one was dressed as The Joker. “You can tell many fans were enthusiastic about their costumes,” she said, “and others took the time to create their own handmade pieces.”

“They won’t allow me to take photos,” Ruthenberg said. “If I do and get caught by the people looking through those cameras up there; I could lose my job.”

Wonder Woman, Superman, Hulk, Spiderman, Flash, Batman and Catwoman were popular costume choices at the show. The various colors and designs made for good visuals for Hickey to capture which “was a wonderful and intense experience – and the attendees were so nice, helpful and enthusiastic.”

Hickey was also able to photograph the Black Eyed Peas, as they promoted their new graphic novel.

Alonso noticed that “There was not a lot of places where people could sit, besides the floor.” Many brought their fold up chairs and phone-chargers, and posted up by the walls with electricity outlets. 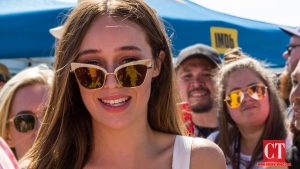 “The floorplan is changing all of the time,” Ruthenberg said, “and when I get word on my earpiece to make adjustments, I start to guide the traffic towards a new direction and I sometimes have to reposition the stanchions.”

Some lines were stagnant though – and many attendees slept overnight on the carpet, grass, or cement – and waited for the Hall H doors to open.

“The lines (of hundreds of people) for Hall H definitely surprised me the most,” Hickey said, “with the row of tents along the marina sheltering them from the searing sun.”

This is the 64,800 sq./ft. hall where the new movie trailers are shown, and panels are held in which the fans can ask a celebrity questions. This year, the cast (and some production members) from Game of Thrones, Avengers: Infinity War, Stranger Things, and Westworld – came out on stage.

Many of the Comic-Conners who have been coming for years, noticed that the floors were less crowded and better organized. This was partially due to the newer RFID security-hardware which Alonso helped monitor, and the various one-way walk lanes that Ruthenberg was directing.