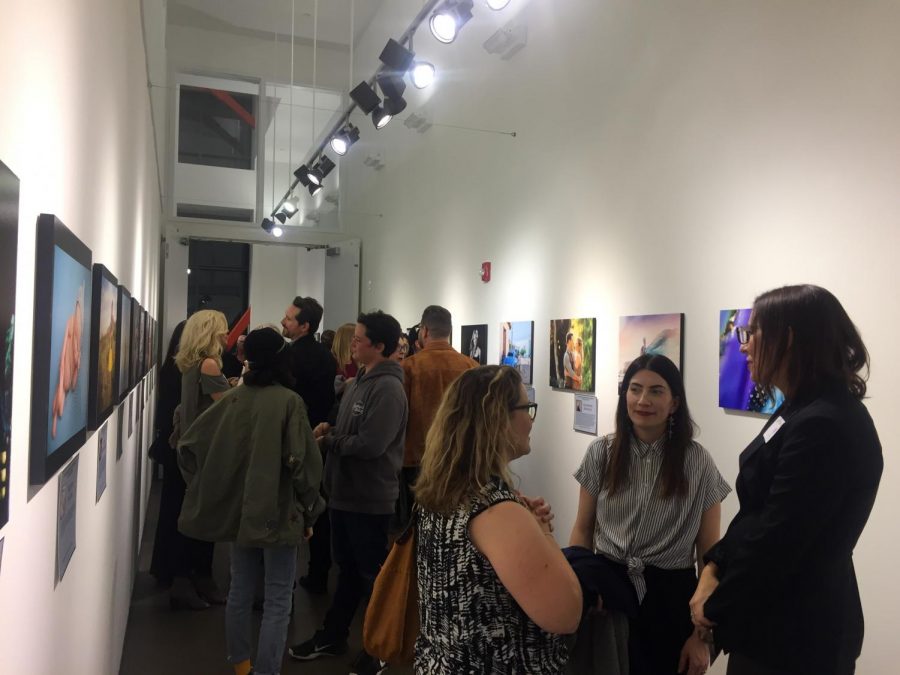 For about a month, students, faculty, and art lovers are able to visit and observe works of 50 San Diego women photographers at Luxe Gallery in downtown San Diego. On opening night, groups of attendees came to support the underrepresentation of females in photography today and congregated outside the gallery and enjoyed finger foods down the hallways of the exhibit. In a collaboration of resources, photographers and time, San Diego Women in Photography and San Diego City College partnered to create the first “Women in Photography Visual Voices” showcase, highlighting the works of local professional photographers. The exhibit ends on March 8.

One out of 4 of the exhibit curators and also a participant, Monica Royal said, “We spent a little bit of time drafting a nice call to entry because most of these people are working portrait photographers, so they haven’t been in a gallery before.”

Each photographer brought a different perspective to the show and skill set to match, which developed from just a few years to decades of dedication within the respective field. To provide an intimate opportunity for the artists, the exhibit opened half an hour early, giving the professional photographers an opportunity to see their own work on the wall prior to sharing their “visual voice” with the public. Once the exhibit doors opened to the public at 6:30 p.m., attendees were encouraged to meet the artists behind the lens.

With 21 days shy of honoring National Women’s History Month in March, the showcase presented one piece per photographer that each artist selected as the work of art of which they are most proud of. The pieces ranged from colorful family portraits, outdoor scenery and colorful sunsets, to wedding and underwater photos, each displayed with brief bios of the respective artist. Christianne Dowd, another of the show’s curators said, “I’ve had some feedback about that tonight..people don’t want the bio; They want the story of the image.”

Dowd also proposed that if the show returned for next year, “All 100 women from the [Facebook] group are going to want to join…because it turned out so much better than ever expected.” The tight-knit Facebook group has more than 90 members, not including the waitlist, and only gets updated if a photographer leaves San Diego or requests to be removed from the group. Local photographers in the group are able to support and empower one another by helping to get jobs through inside referrals and sharing resources.

Of the 50 photographs taken and among a packed opening night crowd, what was lacking along the walls and throughout the room was the representation of minority and Black women’s visual voices. Specifically during the one month of the year that is used to highlight Black History in America. Luxe Gallery curator, Hector Valdivia, said “From my understanding, there isn’t any black or self-identified black artists in our current exhibit, Visual Voice. Here at City College we encourage and promote cultural diversity for all our exhibitions; however, Visual Voice was introduced to us from an outside organization”

Feminists.com creator and CNN author, Marianne Schnall, wrote in late 2017 that “2018 will be the year of women” and this showcase clearly depicts the rising of women in America and their loud visual voices of solidarity, awareness, and political change.If guests are not able to attend this free event, a similar exhibit, “Women in Light: Weapon of Choice,” is set to open on March 16 in the Luxe Gallery, also honoring female professional photographers.