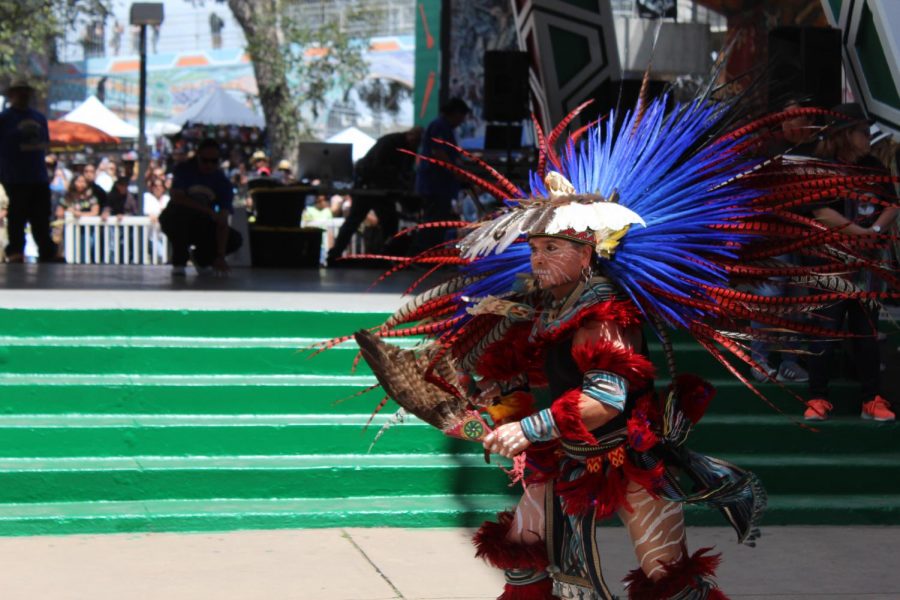 Thousands of people gathered for Chicano Park Day in Barrio Logan for one of the largest Chicanx heritage celebrations in San Diego County. The festivities on April 21 featured traditional food, art, music and dance. It also had live performances and a display of classic lowrider cars. This year, the theme was “El Corazón de Azltán” (The Heart of Aztlán) which was a tribute to Native American roots.

Chicano Park day is the anniversary of the people’s opening of the park built with their own hands.

Barrio Logan is already notorious for teeming with Latinx culture. The park itself is famous for depicting the Chicano Movement of the 1960s with murals and art on display. Most businesses take inspiration from the park and use their spaces to let other artists create modern depictions of the current and previous of the movement.

The performances took place at the park’s kiosk and continued all day. Because of this year’s theme, one performance featured the largest group of an indigenous Aztec dance coordinated by Danza Azteca Calpulli Mexihca. The blocks were also occupied by rows of classic cars, bikes, and vendors selling art.

The event was opened to all, and they encouraged all attendees to bring their families. It was a special event not only for the people of Barrio Logan, but for all the residents of San Diego.