Voters must overturn a nearly 70-year-old proposition to enact a permanent DST. 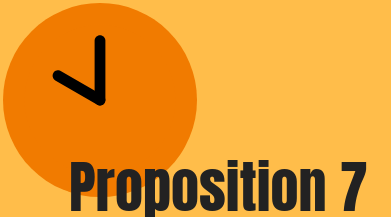 Proposition 7 would allow the state legislature to vote on changing the dates and times of daylight saving time if the federal government allows.

The time was adjusted one hour back in the early morning hours of Nov. 4. But Proposition 7 in the upcoming election may lead the way to one day never having to adjust the clocks.

The proposition would allow the state legislature to vote on changing the dates and times of daylight saving time if the federal government allows.

A yes vote on Proposition 7 would allow the state legislature to vote on enacting a permanent daylight saving time.

A no vote on the proposition would mean that California would maintain its current daylight saving period.

Although there’s no immediate action if the proposition is approved, the state would still have the ability to enact permanent daylight saving time. There’s also no direct fiscal effect because it depends on the approval or the rejection of the proposition, according to the official ballot text.

Supporters like state assemblymember Kansen Chu think that it will be beneficial to have a permanent DST.

“We started this practice to conserve energy during wartime, but studies show that this is no longer the case,” Chu argued in the state voter information guide. “We are no longer saving energy, and studies have shown this practice increases risk of heart attacks, traffic accidents and crimes.”

“First, if California wants it, the federal government is going to say ‘n0,’” Jackson explained in her official argument in the guide. “Second, the system we have really does the best to accommodate people. Third, with so many critical issues facing this state — housing, healthcare, the gas tax to dive into the pros and cons of this diminishes the importance of more substantive ballot measures.”