Voters to decide fate on Prop 2

The proposition allows the state to use tax money from Proposition 63 to build housing facilities for people needing mental health services. 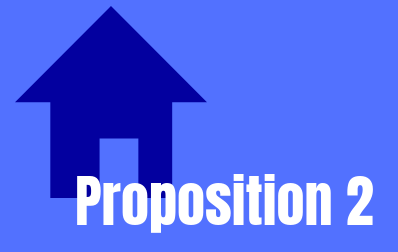 One of the 12 propositions that voters will consider on Nov. 6 in California is Proposition 2, which would allow the state to borrow $2 billion to fund housing with on-site services for homeless people with from mental illness.

The money used for this would be taken from funds currently set aside for county-based mental health services.

California voters approved Proposition 63 in 2004, which according to Ballotpedia, established a one percent tax on taxable personal income for those making over $1 million.

In 2016, state lawmakers passed a bill to borrow $2 billion to fund supportive housing for people in need of mental health services. These facilities would include on-site treatment programs.

Funds set aside from the Millionaire’s Tax to go toward counseling services would instead be used to fund these facilities.

A Sacramento lawyer sued the state and argued that the Millionaire’s Tax money could not be used without voter approval. He also claimed the money should be spent on mental health services, not housing construction.

While there has been no ruling from the court yet, state lawmakers have brought forward Proposition 2, and left the decision up to voters to decide.

Sacramento Mayor Darrell Steinberg, who co-authored Proposition 63 when he was a state legislator, is in favor of Proposition 2.

Those who support the proposition argue that housing equipped with resources for people with mental illness is one of the best ways to help them, according to Voter’s Edge.

Those against the proposition worry it often takes too long to approve a housing project like this, and the money would not go for its intended use, CalMatters noted.

Instead, it could end up going to both housing developers and administrative costs.

Critics of the proposal also say basic needs and services for those with mental health issues should not be sacrificed for housing.