City College officials must do a better job at keeping the student body informed. 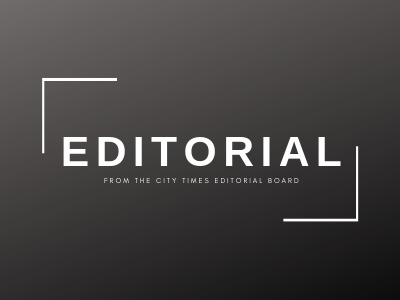 For three years City College students have hungered for a cafeteria due to limited food options. Many spring 2019 graduates will leave without ever setting foot in the City College cafeteria, which had been promised to them as far back as fall 2018.

As the City Times continued to report on the construction of new buildings on campus, the staff received emails from students asking when the cafeteria would open and why they did not see more coverage of the issue.

After months of receiving misinformation, counting down to what turned out to be missed deadlines and fielding rumors that wouldn’t be confirmed, the City Times can finally report the cafeteria will not open until fall 2019.

Students on campus have certainly voiced their frustrations to us about not having a central place on campus to eat and spend time. They’ve complained about the lack of fresh food options on campus other than expensive food trucks and unappealing vending machines.

City College’s downtown location means many, if not most students commute to school. Students skip professors’ office hours, avoid getting tutoring at the English and Math centers and don’t meet up with classmates for group projects, all because they have to leave campus in search of a meal.

The impact has not only been felt by every single student individually, but also campus organizations have suffered the consequences.

Low participation in the Associated Student Government elections both in terms of candidates and voters were a direct result of the lack of a cafeteria, according to Student Affairs Dean Marciano Perez.

While students wait patiently for the cafeteria to open, City Times reporters have dealt with pushback from campus officials when trying to get updates.

Food facilities management at the campus and district levels were uncooperative. When reporters sent multiple requests for interviews by email and phone, they were met with delayed or no responses.

It wasn’t only food facilities management. We feel there has been an unreasonable fear by college officials when talking to us, the student media.

Our job is to be the voice of the students and to keep the entire student body informed about what is happening at our school.

When there’s no one to confirm details, or to get accurate information, then we cannot properly do our job. We are asking for transparency from all administrators to give students the news they deserve.

An excellent example of proper transparency has been set by Chris Manis, the vice chancellor of facilities management for the San Diego Community College District. He was always open to give us information. His responses were quick, and when he couldn’t give an exact answer, he’d point us in the right direction.

Accountability is important and we hope that going forward, we can report stories with more speed and accuracy. We hope that City College officials will follow Mr. Manis’ example and allow us to keep the student body better informed.

The content featured above is an editorial. It is not a traditional news story. It is a written piece reflecting the opinions of the majority of a newspaper’s editorial board. The City Times editorial board is comprised of the editor-in-chief, the managing editor, section editors and the art director.